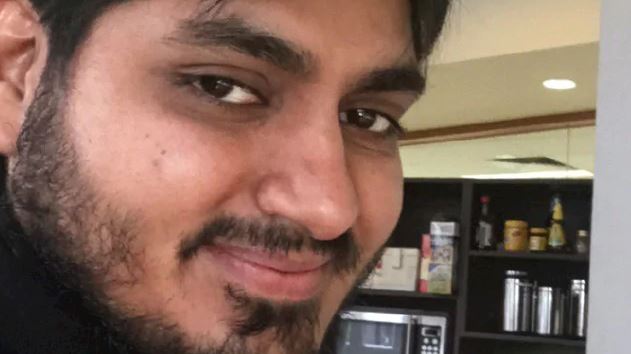 Habib denied any wrongdoing, making the extraordinary claim that young Aussies would “rather work at Bunnings” than put in the hard yards to build their career.

19 year-old intern Asastasiya Tsymay told news.com.au that she believed Habib should pay them for the work they performed.

“What we’re doing should be paid.  We’re not really assisting an employee, we’re doing an entire project, pretty much starting a new business.

“It’s a lot of website design work, we have to design the whole website ourselves, do all of the market research, it’s just so much work.”

Tsymay said the interns, aged between 19-25, are a mix of digital marketing, design, film and media students and graduates.

They turn up to the office once or twice a week and are expected to work remotely up to 25 hours per week.

“We’re only interns, we’re not supposed to be expected to do so much work and it’s all unpaid.

“It’s really unfair.  I’ve spoken to my team and they’re all very frustrated and discouraged.

“They think it’s unfair how he’s putting so much pressure and expecting so much work from us for free.”

No guarantee of a job

Tsymay claims Habib promised employment at the end of the three months, but only for “the best candidates who I’ve seen the best performance from”.

“To be honest I’m not even interested,” she said. “I don’t want to work for a boss like that.”

After being contacted by media outlets, Habib unexpectedly cancelled his internship program.

He denied exploiting anyone or benefiting from their work, saying it was “draining a lot of my time and energy” to train them.

He also claimed the projects they had been working on are “redundant projects”. 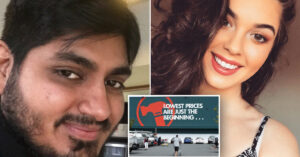 Rather work at Bunnings

Habib, who came to Australia from Pakistan in 2014, said he started the internship program to give something back to the community.

He said he provides the interns with laptops, work spaces and office keys.

He also claimed there is “no compulsion” to work a set number of hours per week.

“I’m not getting any commercial benefit, it’s for their own good.

“If they think I’m exploiting them I should draw a line, let them know it’s not a good way to pay someone back who is giving you a favour.”

He said he would have considered paying the interns if they asked him to.

“I’ll put a hold on this program.  I don’t have any incentive to give Australians the job if they don’t appreciate it.

“These Aussies would rather work in a warehouse, a bar, a restaurant, or a Bunnings than do hard work, learn some skills and do some unpaid internships to advance their career.”

Industrial advocate Miles Heffernan says if unpaid interns or people on work experience are doing work that a paid employee would normally do, then they should be paid.

“Interns and people on work experience are there to learn, observe and gain skills,” he said.

“They are not there to do the hard yakka of the business.”

Since publishing this article, Samran Habib contacted IR Claims and requested we publish the following statement:

“The Fair Work Ombudsman has reviewed the situation after the articles published on various websites, which included the claims made by the concerned interns.

“Based on signed internship agreements, DFSM or Samran Habib were not legally parties to the internship.

“Furthermore, neither DFSM nor Samran Habib were found guilty for any wrong doing whatsoever in relation to the internship or the claims made in the articles and the case has been closed without any further action required from any parties.

“Samran Habib never made those comments nor statements which were published in news.com.au story.”

Australians are working an average of six hours of unpaid overtime every week, according to…