An ACT bus driver who was bashed during a violent rage road incident has won his job back, after being sacked for misconduct.

Christopher Thomas accused ACTION buses of “victim blaming” by firing him after he ended up being assaulted by the driver of a silver Hilux ute during the incident in May 2016.

Mr Thomas had just pulled out of a stop when the driver of the ute honked his horn and gave the finger.

In response, Mr Thomas gave the finger back, which promoted the driver to pull up beside the bus saying words to the effect of:

“You fat c–t, I’ve got it on camera – you giving me the finger.  You guys think you own the road.  I’m going to report you and you’re going to lose your job.”

“I’m not interested in what you think.  If you want to make a complaint you need to call ACTION.”

From there the incident escalated, with video footage of the incident showing the driver of the ute stopping suddenly in front of the bus, forcing Mr Thomas to brake to avoid a collision.

Mr Thomas can then be seen off the bus trying to take a photograph of the ute’s licence plate, and as he did so, the driver knocked his phone from his hands, sparking a fight during which Mr Thomas suffered “significant injuries”.

WITNESSES SOUGHT AFTER BUS DRIVER ASSAULTEDACT Policing is seeking witnesses after an ACTION bus driver was assaulted in Ngunnawal on Wednesday (11 May 2016).Around 3pm the driver of a silver Hilux Ute had stopped his vehicle in front of an ACTION bus, which was located at the bus stop on Galmarra Street in Ngunnawal.The driver of the silver Hilux Ute has then assaulted the bus driver before leaving the scene. As a result of the assault, the bus driver received medical treatment. The driver of the silver Hilux Ute will be summonsed to appear before the ACT Magistrates Court at a later date. Investigations are ongoing.Police are urging anyone who may have witnessed the incident and who has yet to speak to police to contact Crime Stoppers on 1800 333 000, or via act.crimestoppers.com.au. Please quote reference 5959481. Information can be provided anonymously. We remind people they should not report crime information via our Facebook and Twitter pages.

The ute driver was later charged and convicted of assault, negligent driving and damaging property.

Mr Thomas was suspended from work, and then fired for misconduct, with an internal report finding he was “not faultless in the incident and at no time did he attempt to de-escalate the situation.

“It was inappropriate of Mr Thomas to retaliate in anger or rage when confronted by a member of the public.”

In response, Mr Thomas argued that he was acting in self defence, and had not been charged by police over the incident, unlike the ute driver.

He also submitted that while he could be criticised for “flipping the bird”, it did not constitute a valid reason for dismissal, describing his employer’s reaction as “entirely disproportionate”.

Commission finds sacking was ‘disproportionate response’ to the conduct

The Fair Work Commission agreed, with deputy president John Kovacic finding that while the incident “provided a valid reason for dismissal”, the sacking was “harsh” and a “disproportionate response”.

“There is no excuse for Mr Thomas’ conduct, his action in ‘flipping the bird’ to the other driver was particularly unnecessary and unprofessional.” 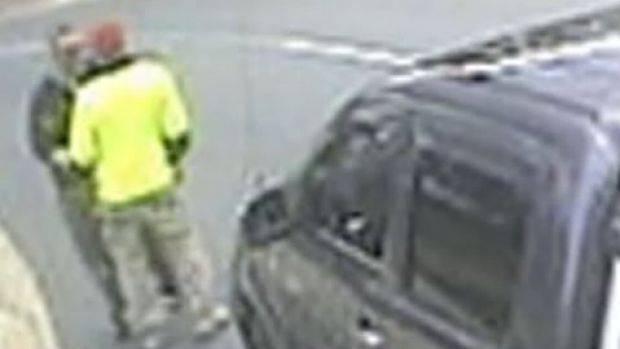 Christopher Thomas is confronted by the Hilux driver.

“While the bus driver may have done the wrong thing by giving the finger, surely having the begeesus knocked out of you would be penalty enough,” he said.

“In emotional situations, clear heads must prevail, and in this case, the Commission got it right – the employer’s punishment was over the top.”

Deputy president Kovacic accepted that the relationship between Mr Thomas and ACTION buses was “likely to be bruised”, but he didn’t think that it was reason enough for Mr Thomas to not be reinstated.