Workers often ask – can I secretly record conversations with my boss or co-workers?

The short answer is – no.

Workers who make secret recordings of co-workers or their boss risk losing their job, according to employment experts.

Despite being lawful in some states, the Fair Work Commission has repeatedly made it clear that covert recordings can be a valid reason for dismissal.

The law differs from state to state when it comes to making covert recordings.

In some states, it is illegal to record a conversation unless both parties are aware of the recording.

However, in Queensland and Western Australia it is lawful to record a conversation, as long as one party to the conversation is aware.

Despite this, the Fair Work Commission has found in a number of decisions that making a covert recording at work is grounds for dismissal. 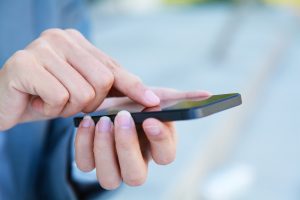 The case of the sales assistant

A salesperson for Bed Bath ‘N’ Table recently dismissed for performance issues secretly recorded a conversation with her regional manager.

She also secretly recorded a telephone conversation with the company’s HR manager.

She used both as evidence to support her version of events during her unfair dismissal case in the Fair Work Commission.

However, Commissioner Tim Lee said the covert recordings were a valid reason for dismissal on their own.

“Covert recording of the conversations was inappropriate and damaging of a relationship of trust and confidence with the employer.”

The case of the public servant

Another case involved a Melbourne-based public servant sacked by the Department of Human Services for taking unauthorised leave.

During his unfair dismissal hearing, he admitted to regularly secretly recording conversations with colleagues.

“… it would have been open for me to find this conduct to constitute a separate valid reason for dismissal (the Commission is not confined in its consideration of s 387(a) to valid reasons relied on by the employer).”

“Unless there is a justification, I consider the secret recording of conversations with co-workers to be highly inappropriate, regardless of whether it may also constitute a criminal offence in the relevant jurisdiction.

“The reason it is inappropriate is because it is unfair to those who are secretly recorded.

“This is potentially corrosive of a healthy and productive workplace environment.

“Generally speaking, the secret recording of conversations with colleagues in the workplace is to be deprecated.”

The case of the head chef

In yet another case, a head chef working in a South Australian tavern secretly recorded two meetings with his boss about possible redundancy.

The employer submitted the recordings were a valid reason to support the dismissal.

“…is a matter which would damage any on-going employment relationship and represents misconduct on the part of [the worker].”

The case of the tradesman

Finally, a Perth-based employer sacked a tradesman who admitted to covertly recording a disciplinary meeting.

In his termination letter, the employer said it considered the secret taping of the meeting serious misconduct.

As a result, the employer said it could no longer trust him to work in the best interests of the company.

“. . . that the secret recording of [the worker’s] performance discussion was contrary to his duty of good faith or fidelity to the employer, and undermined the mutual trust and confidence required in the employment relationship.”

A full bench of the Commission upheld the decision on appeal. 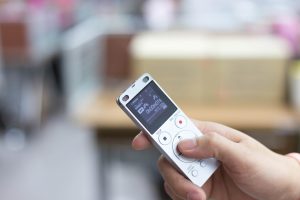 “The safe and legal way to record a conversation is to tell the other party that you are recording the conversation,” he said.

“Tell them that you want an accurate and contemporaneous record of what is said.

“Make sure that when you start the recording you state that you are recording the conversation so it is clear that all parties are aware of what you are doing.

“Of course, if you are facing a disciplinary process, you should seek urgent expert advice before attending any meetings.”

An Audi employee has won his unfair dismissal claim and $10,000 after being sacked over…