Catherine Black worked an extra 444 hours and got paid with a voucher for a free canoe trip.

Instead of paying Black more than $13,000 in overtime, her manager gave her movie tickets and vouchers.

One of the vouchers included a free canoe trip down the Brisbane River.

“It is unlawful to be paid in anything other than money,” he said.

“Catherine worked those long hours, therefore she deserves to be paid for that work, and a free canoe trip doesn’t cut it.”

Black worked for a Queensland-based catering company on a 12-month contract which stipulated a 38-hour week.

However, she worked much longer shifts, sometimes up to 12 or 13 hours a day.

In fact, during one nine month period, Black worked 444 additional hours – all unpaid.

“I’m a single parent, so it affected my home life as far as, I was ordering Deliveroo from work just so my daughter was having a hot meal.”

Because she was on a fixed contract, Black did not receive overtime for the extra hours worked.

Instead, her boss once gave her a $300 cash bonus, and after that he paid her with movie tickets and vouchers.

“Within the first three months of working there, because I’d worked so hard for him, he gave me two tickets to the pictures, that was my bonus,” she said.

“Another three months later, he gave me a voucher for a canoe trip down the Brisbane River.”

Black said she feared for her job if she confronted her boss about the wage theft.

“Good jobs are hard to get when you’re a single parent.

“You look at single parent hours, they’re the hardest ones to get as a chef, because most of it is night work and weekend work.” 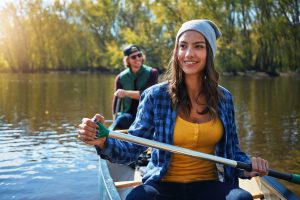 Catherine’s boss paid her with movie tickets and a voucher for a free canoe trip.

“It is common for someone on a contract to work some reasonable additional hours,” he said.

“However, if they end up earning less than what they would have under their award, including overtime and penalty rates, then we’re getting into unlawful territory.

“Bosses who pay their workers with vouchers, movie tickets, or food and drink are breaking the law.”

IR Claims took on Black’s case when her contract ended and found her employer underpaid her a total of $13,575.

After initially refusing to pay, her boss eventually paid up.

“The employer was clearly taking advantage of Catherine in this case,” he said.

“He thought he could make her work endless hours without paying overtime or penalty rates because he engaged her on a fixed contract.

“And as for the free canoe trip down the Brisbane River – what a joke!”