A Coles warehouse worker has won his unfair dismissal case after being sacked for taking home company-provided Milo to make his “own formula”.

The Fair Work Commission found that although the worker had taken the Milo, it did not amount to theft, and that the supermarket giant had overreacted by deciding to sack him.

He frequently took Milo home from the company lunch room to make his own concoction – which consisted of chocolate, coffee and raw sugar – before bringing it back to work where he would drink it.

After being seen putting the Milo into an empty container and then putting it into his bag, Mr Homes was searched by a security guard as he was leaving work.

Despite explaining what he had been doing with the Milo, and that he was in fact still consuming it at work, Coles sacked Mr Homes, deciding that he had removed its property without authorisation, which was deemed to be “serious and wilful misconduct”. 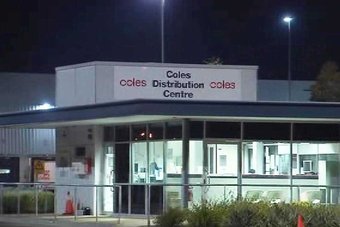 The Coles warehouse in South Australia.

Worker argued he did not breach company’s Milo policy

In the Fair Work Commission, Mr Homes argued that he had used the Milo in a way consistent with the company’s policy that it was provided for employee use, and there had been no restrictions on how employees could utilise or consume it.

He pointed out that he had made no secret of taking some Milo home to mix up his own drink.

Coles maintained Mr Homes had inappropriately used company resources and engaged in dishonest and misleading conduct by lying when approached by the security guard.

“I have concluded that he should not have taken the Milo home but I do not consider that his actions in doing so represented theft or inappropriate behaviour which could form a valid reason for termination of his employment, let alone summary dismissal.

“Mr Homes did not have Coles’ management approval to take Milo home and had it not been for the evidence which clearly indicates that the Milo mix was to be used at work and that it was generally kept at work, I may have arrived at a different conclusion.

“As it is, the material before me clearly indicates that Mr Homes was using Milo for the purpose for which it was intended.”

Miles Heffernan, Director of Litigation at Industrial Relations Claims, said this was a clear case of the punishment not fitting the crime.

“It’s hard to believe that a company as big as Coles would bother over a few tablespoons of Milo,” he said.

“As the Commission found, this was a complete overreaction by the employer, who could have handled this with a quiet word to the employee.

“In any case, Mr Homes was consuming the Milo at work anyway, so what was the big deal?

“This is a lesson for all employers to keep their response in proportion when it comes to trivial matters like a little bit of Milo,” Mr Heffernan said,

Senior deputy president O’Callaghan ordered that Mr Homes be reinstated, and awarded him his lost wages and entitlements for the period of his dismissal.

Workers at risk when a business changes hands

A 21 year-old Brisbane cook has lost his job and more than $9,000 in entitlements…