A damning report has found the Australian Tax Office has failed to chase up billions in unpaid superannuation for workers.

According to the Australian National Audit Office (ANAO) the ATO has only managed to collect less than 15 percent of unpaid super each year.

Employment experts say unpaid super is an insidious form of wage theft, costing workers tens of thousands in their retirement.

The Tax Office made a commitment to be proactive in 40 percent of compliance cases in the three or four years to 2020-21.

However, the ANAO report found proactive compliance activities declined following the introduction of the super guarantee taskforce in 2017.

Instead, it describes a shift in approach “from resource-intensive audit activity to low-touch nudges” for employers failing to pay super.

Stronger enforcement powers “have largely not been exercised”, and firm compliance activity has been used less frequently.

ATO needs to do better

“It is little wonder the regulator performs so badly considering the auditor-general’s finding that the ATO does little proactive enforcement, instead relying on workers to make a report and do all the heavy lifting,” he said.

He said the lack of enforcement will leave millions of workers worse off in retirement.

“Australian workers are losing $5 billion per year through a system which allocates 13 full-time staff to the proactive policing of the theft of super nationally,” he said.

“Every dollar of unpaid super is a dollar that a retiree is not getting,” he said.

“The Morrison government knows about it but they just don’t care. Labor plans to take the issue head-on.”

Furthermore, the government will require the ATO to report those results to parliament annually. 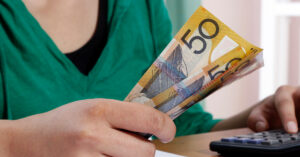 “‘They’ve been stealing from my retirement’ – workers robbed of superannuation”

“Make no mistake, employers who fail to pay superannuation on time are stealing from their worker’s retirement,” he said.

“Currently, employers pay super once every quarter and as a result, it’s easy to overlook, and it’s easy for workers to forget to check their balances,” he said.

“Super is a part of someone’s wage, so it should be paid every fortnight or every month, at the same time as a person’s regular pay.”

A restaurant has been penalised $230,000 for repeatedly underpaying workers. The latest wage theft totalled…

A plastics manufacturing company has been penalised for failing to back-pay workers. The Federal Circuit…

The Fair Work Ombudsman has let a rogue employer off the hook for wage theft.…