A disability carer has lost his unfair dismissal claim after being sacked for misconduct, including washing a client’s bottom with a broom.

Burn Group House in the ACT suspended Clinton Dahler after a number of allegations about his conduct.

For example, yelling at disabled clients, pushing and hit them, and misappropriating their money.

An investigation found he showered three disabled clients together, and had washed the bottom of another with a broom.

As a result, Disability ACT sacked him for serious misconduct.

That workplace right involved his family and carer responsibilities – as related to his work at the Burn Group House.

“First, Mr Dahler was not dismissed because he had (or exercised) a workplace right.

“Rather he was dismissed because the employer determined that he had engaged in misconduct.

“Secondly, the dismissal was not adverse action because it was authorised under the [enterprise bargaining agreement].”

Dahler attempted to use a provision in workplace laws which prevents an employer taking adverse action against an employee as a result of their family or carer responsibilities.

However, the court found those provisions only apply to people caring for their own family or member of their own household.

They do not extend to work responsibilities.

Judge Driver therefore found Dahler failed to prove any contravention of the Fair Work Act in his dismissal. 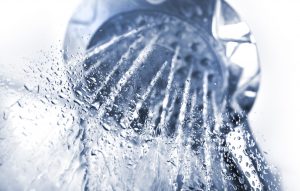 “The employer sacked this bloke for misconduct at work, it had nothing to do with his workplace rights,” he said.

“To suggest that personal family and carer responsibilities extend to your workplace is ridiculous.

“And furthermore, carers who shower disabled people together and wash them using brooms are clearly working in the wrong industry.”