Failed entrepreneur Damian Griffiths is missing in action, as his company Doughnut Time goes into liquidation.

It’s estimated that workers from the failed dessert chain are owed more than $200,000 in unpaid wages.

The company was supposed to be sold to chief executive Dan Strachotta, who had promised to “turn it around”, but the new deal has been blocked by Mr Griffiths, who has refused to sign over the Doughnut Time trademark.

Workers found out the news in an email from Victorian state manager Vanessa Gaddi-Chmielewski.

“I just received the news from Dan that the deal with the new company has been blocked by Damian,” she wrote.

“As a result, the entire company will go into liquidation – including the stores that Dan was supposed to take over.  The sale has not been completed.” 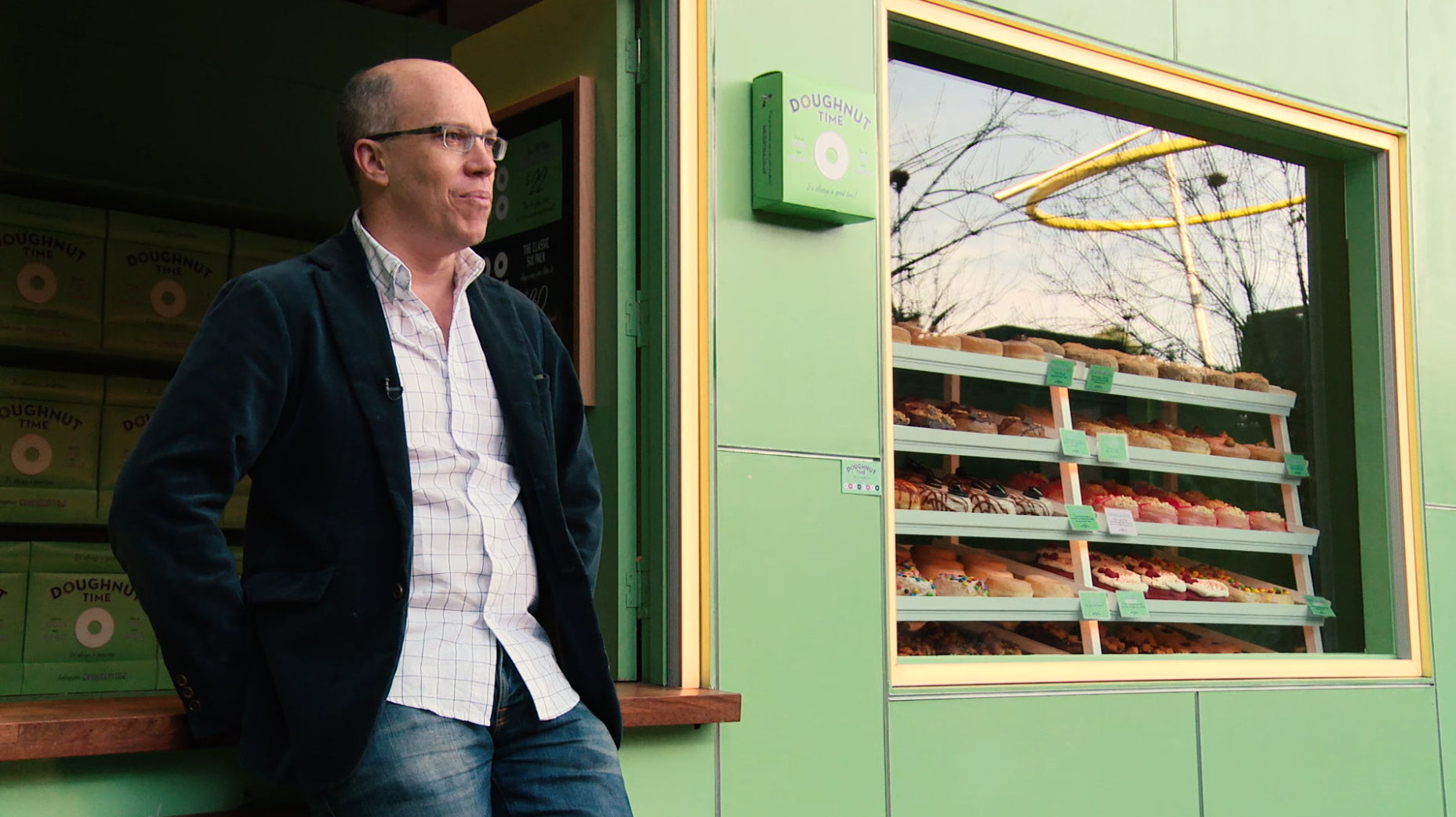 Griffiths taken to court over unpaid rent and breach of contract

Meanwhile Sydney company Frasers Central Park Land is seeking more than $400,000 from Doughnut Time over a breach of contract and unpaid rent.

A lawyer for the landlords told the Supreme Court in Brisbane that he couldn’t find Mr Griffiths to serve him with the proceedings.

As for the unpaid workers, the Fair Work Ombudsman is continuing to investigate, after Mr Griffiths last week admitted about 60 employees were still owed money, but the liquidator has now warned “there is no money anywhere” in Doughnut Time.

One option open to workers is the taxpayer-funded Fair Entitlements Guarantee, the Australian Government’s fund for employees who have lost their jobs as a result of bankruptcy or liquidation.

Workers will be able to claim up to 13 weeks of unpaid wages, plus the outstanding value of their annual leave and long service leave.

They will have to make the claim within three months, but the scheme is only open to Australian citizens and permanent residents.

A number of international students will be left high and dry. 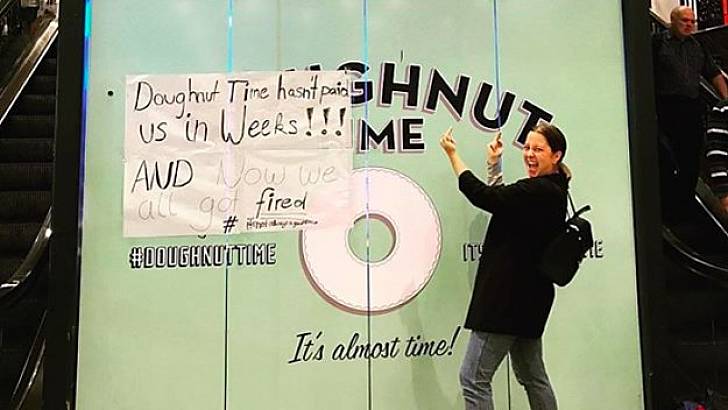 It’s estimated that workers are owed more than $200,000 in unpaid wages.

Workers will be lucky to get all they are owed

Miles Heffernan, Director of Industrial Relations Claims, said the unpaid workers will be lucky to get all that they are owed.

“Mr and Mrs T-payer will write the cheques that Damian Griffiths couldn’t cash with his largess,” he said.

“In the end, hospo workers on 18 bucks an hour will go without their super and other entitlements that are not protected by the Fair Entitlements Guarantee.”

“With Mr Griffith’s over the top and expensive glitzy signage and fancy branding, it comes as no surprise to anyone in the marketplace that it was not a viable model.  It was never going to work.”

A Melbourne-based 7-11 franchisee is facing court action for underpaying three workers more than $6,000…