A remorseless trolley collection services operator has been hit with $130,000 in penalties after he refused to pay three workers unfair dismissal compensation that was ordered by the Fair Work Commission.

William Hancock and his company, WCH Services Pty Ltd, were accused by the Federal Circuit Court of causing “financial and emotional hardship” to the workers by unfairly sacking them and failing to pay them a total of $22,800 compensation.

Hancock, whose company provided trolley collecting services in the Latrobe Valley in Victoria, was penalised $22,680 and his company an additional $113,400.

The other worker told the court that he had to undertake further education to improve his employment prospects and had relocated to Queensland due to financial pressures. 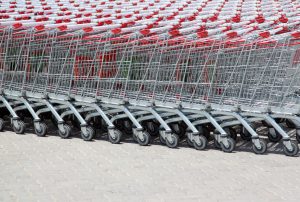 Penalties are not discretionary

“Penalties ordered by the Fair Work Commission are not discretionary,” he said.

“If you choose to ignore an order from the Commission to pay compensation, you’re going to end up with an even bigger bill, which is exactly what happened in this case.

“Employers should consider an order from the Commission as extremely serious, that must be complied with, otherwise they’ll face serious consequences.”

In the Federal Circuit Court, Judge Norah Hartnett found that Hancock and his company had caused the three workers “actual financial and emotional hardship” by the contraventions which she said were “deliberate”.

“The Respondents have demonstrated no contrition or corrective action, in particular any action taken by the corporation to correct its illegal approach and change its behaviour,” she said.

Judge Hartnett said that the penalties she imposed were aimed at deterring Mr Hancock and others from refusing to comply with Fair Work Commission orders.

“Any penalty imposed by the Court is required to resonate with the Respondents’ such that they do not engage in any future non-compliance of workplace laws,” Judge Hartnett said.

In addition to the penalties, she ordered Hancock and his company to pay $12,491 in Fair Work Ombudsman legal costs.

Cafe owners in court for failing to back pay underpaid workers

A disability carer has lost his unfair dismissal claim after he was sacked for misconduct,…