An executive has won her unfair dismissal claim and the maximum compensation of 26-weeks pay after her boss subjected her to ‘dreadful’ treatment.

The Western Australian Industrial Relations Commission awarded the worker more than $77,000 after it found her dismissal particularly harsh and unfair.

The Commission described the manager responsible for the dismissal as “evasive” and his evidence “implausible”.

Alison Palmer worked as Chief Operating Officer for Forrest Personnel based in Bunbury for more than two years.

She then unsuccessfully applied for the position of CEO.

However, the company gave the role to Mark Sullivan, who Commissioner Toni Emmanuel found had treated Palmer “dreadfully”.

The unacceptable treatment began from his second day on the job.

For example, soon after taking over as CEO, Sullivan sent Palmer a series of aggressive authoritarian emails, despite her excellent record as a high performing senior employee.

Sullivan questioned Palmer’s mental health without any reasonable basis to do so.

The Commission also found the CEO isolated Palmer from the workplace, by directing her to not come into the office and to instead work from home.

Then, after just three weeks in the new job, Sullivan requested a meeting with Palmer, during which he told her that he was making her position redundant.

When she asked if there was another role that she could take, he told her there wasn’t, and therefore she had to go.

Forrest Personnel described the dismissal as a genuine redundancy, however, the Commission disagreed.

It found the employer failed to consult with Palmer, a requirement of a redundancy.

In addition, the company failed to warn Palmer she may lose her job, and on the day of her dismissal, claimed there were no alternative positions available.

Employee did not get ‘a fair go all round’

Commissioner Emmanuel slammed Sullivan’s conduct and that of Forrest Personnel:

“Clearly Ms Palmer did not get a fair go all round.

“I find Mr Sullivan’s treatment of Ms Palmer was harsh and unfair from his second day of employment and continued until Ms Palmer was dismissed.

“I find Ms Palmer was left with the impression that her termination was a fait accompli.”

“Mr Sullivan was an unimpressive witness.

“Mr Sullivan frequently did not answer questions put to him.  At times he was evasive.

“Some of Mr Sullivan’s evidence was implausible in all the circumstances.” 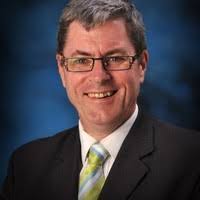 Commissioner Emmanuel ruled that Palmer’s dismissal had been “procedurally and substantively unfair”, and caused her to lose 58 weeks’ pay.

“I would award the full loss if I were able to.

“However, Ms Palmer’s loss is in excess of the statutory cap of six months’ remuneration.

“For these reasons, I will order that Forrest Personnel pay Ms Palmer six months’ compensation, which is $77,930.84.”

“The new CEO seemed threatened by Ms Palmer, and as the Commission found, decided to get rid of her long before telling her of her redundancy,” he said.

“Managers earning Mr Sullivan’s salary should know how to handle redundancies and dismissals so they don’t end up in a court or commission.

“Clearly, he failed spectacularly in this case.”

Canberra Hospital has sacked two cleaners for falling asleep during an unpaid break. The workers,…

A service station operator has won his unfair dismissal claim, after Woolworths sacked him over…

When a redundancy is really an unfair dismissal

A medical centre practice manager has received $12,000 compensation after claiming her redundancy was really…