Students and graduates are paying up to $1000 in “admin fees” to complete unpaid internships, with no guarantee of a job at the end.

The internships have raised concerns about the exploitation of young desperate job seekers, particularly international students, and have been widely criticised on social media.

Recruitment firm Industry Placements Australia (IPA) hit the headlines this week, after posting an advertisement offering internships for a one-off $990 “administration fee” in return for an internship with Melbourne-based software firm Future Squared.

Instead, interns are sent to a so-called “student experience centre” called ‘The Dream Factory’, a converted warehouse in the suburbs, where they are promised “remuneration” in the form of a number of perks.

IPA pockets the $990 fee, plus GST, and according to the ad, it operates on a ‘fee for success’ model, “meaning you don’t pay a cent until you are happily in your dream internship.” 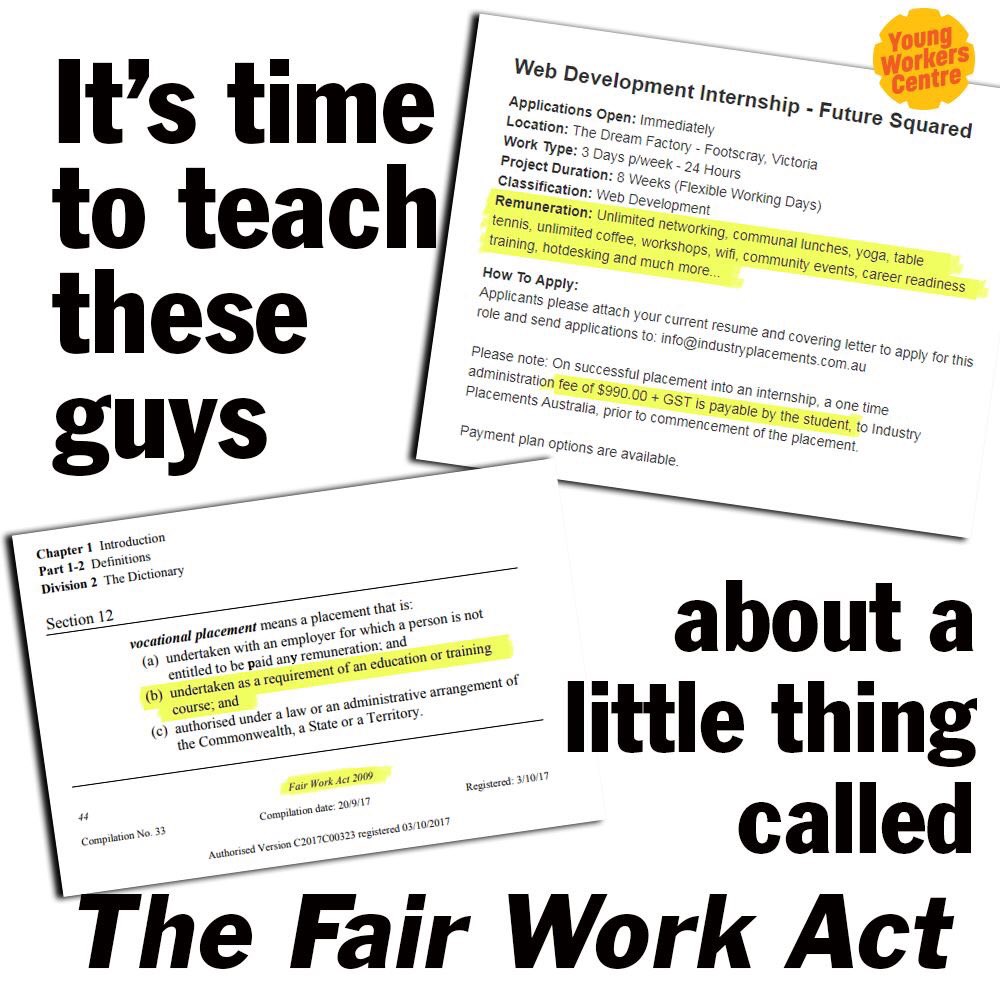 The $990 internships have attracted widespread criticism on social media, over fears of exploitation.

He said the unpaid placements and associated expenses were “simply a part of student life.”

Mr Clayfield said IPA had placed more than 500 interns since 2012 across many different industries.

Graduates ‘taught a whole bunch of crap’ by universities

Future Squared has about 10 interns at one time, according to company director Zakk Goodsell, who told Fairfax the program was really a “recruitment process” designed to weed out non-performers, because graduates are “not ready” and are “taught a whole bunch of crap by the universities”.

Mr Goodsell did concede however, that of the 64 interns that had come through the doors, only one person “passed” and remains at the company.

“When people are young and hungry, and desperate to get that dream job, they’ll do just about anything to get a foot in the door,” he said.

Mr Heffernan said legitimate internships should be organised through universities or training organisations, and should be part of the course the intern is studying.

“The moment you lift a pen to advance the commercial interests of the employer, then you should be paid for it, as an employee.”

Mr Goodsell said interns at Future Squared work on their own projects within the company’s framework, rather than existing clients’ work.

Although the internships take place away from Future Squared’s headquarters, Mr Goodsell said he spends “at least” four hours a week with the interns, or “whenever the f-ck we’re available”.

Worker sacked for being late to dinner wins unfair dismissal