A Tasmanian factory worker sacked for taking a “sickie” the day after Anzac Day has been awarded $8,000 compensation.

However, business groups have criticised the decision, arguing the employer acted appropriately.

Factory worker sacked for taking ‘sickie’ drunk the day before

Avril Chapman worked at the Tassal factory in Tasmania for five years where she scaled, sliced, weighed and packed fish.

However, the company sacked her after she left a voicemail for her supervisor at 4:56pm on April 25:

“Hi Michelle, it’s Avril, one of your most loved pains in the arse.

“Um it’s Anzac Day, my birthday, and I admit I have overindulged so I’m taking into account one of the golden rules, be fit for work and I’m not going to be fit for work so I won’t be there.

“But um love ya, catch ya on the flip side.”

Worker used ‘safety’ as an excuse to not work

Her manager accused Chapman of:

“Using a golden safety rule to excuse or justify her behaviour in consuming alcohol to an extent that she anticipated she would be unable to work the next day.”

The manager believed this behaviour amounted to misconduct.

Consequently, the company stood Chapman down without pay when she returned to work the following day. 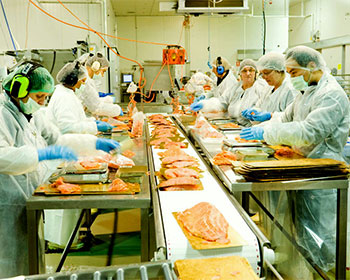 Chapman claimed fatigue led to the phone call because she felt unable to fulfil her role at work safely.

In an email to her employer, she wrote:

“It was my BIRTHDAY, and friends dropped by unannounced.

“I had my official birthday party on the Monday night and wasn’t expecting visitors on Tuesday, however, visitors I got.

“As the afternoon went on, I realised it was going to be a long night and I believe I acted responsibly and respectfully by contacting management to let them know I wouldn’t be fit for work.”

Commission says ‘valid reason’ for dismissal, but also says it was ‘harsh’

The Fair Work Commission found there was a valid reason for dismissal.

This is because Chapman voluntarily placed herself in a position where she couldn’t work by reason of the consumption of alcohol.

However, Deputy President David Barclay also found the termination was “harsh” because the company had used a prior warning as a reason to proceed to termination rather than a “less severe sanction”:

“The case is not dissimilar to the situation of an employee ‘taking a sickie’ without being ill.

“Here the Applicant ‘took a sickie’ in circumstances where she had voluntarily embarked upon a course of conduct that resulted in incapacity for work.

“The situation is perhaps made worse by the Applicant’s acknowledgement that she could have gone to bed early and been fit for work the next day.”

Ultimately, the Commission ordered Tassel to pay Chapman compensation of $8,229.

The decision has been described as “confusing for employers”.

“There’s certainly a lot of mixed messages coming from the Fair Work Commission with a decision like this,” he said.

“On one hand the Commission says that the company acted appropriately in dismissing the employee, but on the other hand awards over $8,000 because they saw the decision as being harsh.” 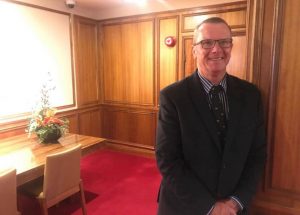 Demoted at work? What are your options – Industrial Relations Claims

If you are suddenly demoted at work, would you know what to do and what…