Under the Fair Work Act, redundancy entitlements must be paid to employees when their job is made redundant.

The only exception is when the redundancy is due to the “ordinary and customary turnover of labour”.

The workers are among more than 30 that Spotless sacked in 2015 after its contracts to provide hospitality and catering services at Perth International Airport expired.

One of the employees had worked for the company for 32 years. Spotless has a reputation for treating contract workers badly.

The company faced criticism earlier this week for refusing to pay redundancy payments to four cleaners based in Wollongong.

The company suggested the workers apply for jobs in New Zealand.

Fair Work says it will now investigate that matter too.

Lowest paid workers often get raw end of the stick

Employee advocate Miles Heffernan from IR Claims says it is always the lowest paid workers who get the raw end of the stick when contracts are not renewed.

“It’s disappointing that a company like Spotless would go to the mat over $29,000 in redundancies,” he said.

“Especially when you consider these workers have dedicated their lives to the company.

“Lets hope if they are owed the money, Fair Work makes an example of Spotless, and takes it all the way through to trial where a judge can impose some hefty penalties.”

The Federal Court in Perth has a hearing scheduled in March. 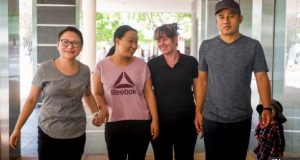 The operators of Barry Café have been hit with $232,545 in penalties after deliberately underpaying…