The Fair Work Ombudsman will target universities that underpay staff in the coming financial year.

The regulator will also continue compliance and enforcement activities in other industries rife with wage theft.

Fair Work Ombudsman Sandra Parker said the university sector will be a new focus for her agency in 2022-23.

It comes after a number of tertiary institutions self-reported significant underpayments, including to casual workers.

“We are concerned about the allegations of long-running underpayments in many universities, with our current investigations finding trends of poor governance and management oversight, and a lack of centralised human resources functions and investment in payroll and time-recording systems,” Ms Parker said.

“We expect to be taking high-level enforcement action against a number of universities this year, and urge all to prioritise their compliance.”

Meanwhile, the regulator will also continue to focus on other industries notorious for non-compliance with workplace laws.

For example, fast food, cafes and restaurants, in addition to agriculture.

Fair Work confirmed it will continue to undertake surprise audits of popular food precincts around the country.

It will also prioritise complaints from the horticulture and agriculture industries.

“The agriculture sector is a priority given its reliance on visa holders, who can be at greater risk of exploitation, and its often complex labour supply chains,” Parker said.

“The Fair Work Ombudsman will also be playing a key role in both education and enforcement of the recent Horticulture Award changes.”

Over the past few years, dozens of large companies have come forward to admit millions of dollars in underpayments.

For example, Bunnings, Coles, Woolworths, the Commonwealth Bank and the ABC.

Parker said Fair Work will continue to ensure compliance as a result.

“We are currently investigating about 50 large corporates that have self-reported non-compliance,” she said.

“Since mid-2021, we have commenced court actions against Woolworths Group, Commonwealth Bank and Coles which are ongoing, and we expect to take further high-level enforcement action against a range of large corporates this year.”

Finally, the regulator said it will continue compliance and enforcement activities in contract cleaning and other industries notorious for sham contracting. 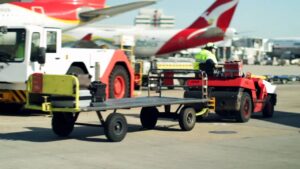 Meanwhile, industrial advocate Miles Heffernan said there are no surprises in the regulator’s priorities for the coming year.

“Fair Work has been fighting a losing battle against wage theft for many years,” he said.

“For too long, instead of enforcing workplace laws, the regulator spent too much time and money on ‘educating’ dodgy employers.

“It proved to be a monumental miscalculation, and as a result, wage theft has been allowed to run rife in many industries – the very industries the regulator is now targeting.”

A restaurant linked to celebrity chef Heston Blumenthal cheated workers out of $4.5 million, according…

Language barriers is no excuse for breaking workplace laws, according to the Fair Work Ombudsman.…