However, the regulator will continue to prioritise vulnerable migrant workers over Australian nationals.

He previously accused the Fair Work Ombudsman of offering a “foot massage” service because of its lack of enforcement activity.

For example, the regulator commenced fewer than 40 litigations in a 12-month period with a budget of over $111 million.

“For far too long, the regulator responsible for enforcing workplace laws simply has not done so.

“Instead, it focused too heavily on education, and, as a result, it let too many dodgy bosses get away with ripping off their workers.

“Furthermore, when workers call Fair Work for help, they are often ignored, or told to sort the problem out themselves.”

“While it can be difficult as a regulator to find the right balance between using enforcement tools and getting a timely outcome, I am conscious that Parliament has given us increased powers and more resources, so it’s on us to send a strong message of deterrence to would-be law breakers.

“The Prime Minister and the new Minister for Industrial Relations have also said that a priority for the Government is on law enforcement and adherence with Australia’s industrial relations laws.” Parker said the regulator will target industries notorious for wage theft and exploitation of workers.

Despite public perceptions that Fair Work assists every exploited worker who calls for assistance, that is simply not the case.

Parker confirmed the regulator will continue to give priority to vulnerable workers.

In other words, overseas and migrant workers will continue to jump to the front of the queue ahead of Australian nationals.

As IR Claims revealed in its submission to the Queensland wage theft inquiry, migrant workers make up just 6 percent of the workforce, but 63 percent of litigations initiated by Fair Work.

“We prioritise any requests for assistance from migrant workers, who can be particularly vulnerable due to language or cultural barriers and may not be aware of their workplace rights.”

“AUSSIE WORKERS IGNORED BY FAIR WORK IN FAVOUR OF MIGRANTS”

In her address, Parker also confirmed the regulator will prioritise matters of “significant public interest”.

“Don’t think for one second that if you are being ripped off by your boss that Fair Work will help you,” Mr Heffernan said.

He warned workers that unless they are from overseas, or unless their case attracts media attention, then the regulator will: 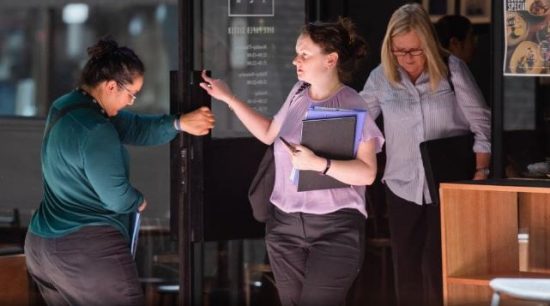 Parker also said moving forward, she will have no hesitation ‘naming and shaming’ greedy bosses.

“We will use our new powers and publicly name employers who break the law to get the message out that it is not acceptable to underpay workers or deprive them of their entitlements.

“Employers who do this will get caught.”

A security company is facing $31,500 in penalties for allegedly underpaying a worker. The Fair…