The Fair Work Ombudsman has confirmed it will investigate companies offering unpaid internships with administration fees of $1,000, after an outcry on social media.

According to Fairfax, Ombudsman Natalie James said the internships offered by Melbourne company Future Squared raised “serious questions”, and that she will “take a look” at them.

“The Fair Work Ombudsman is currently conducting inquiries into this matter.  As these inquiries are ongoing, it is not appropriate to comment further at this time.” 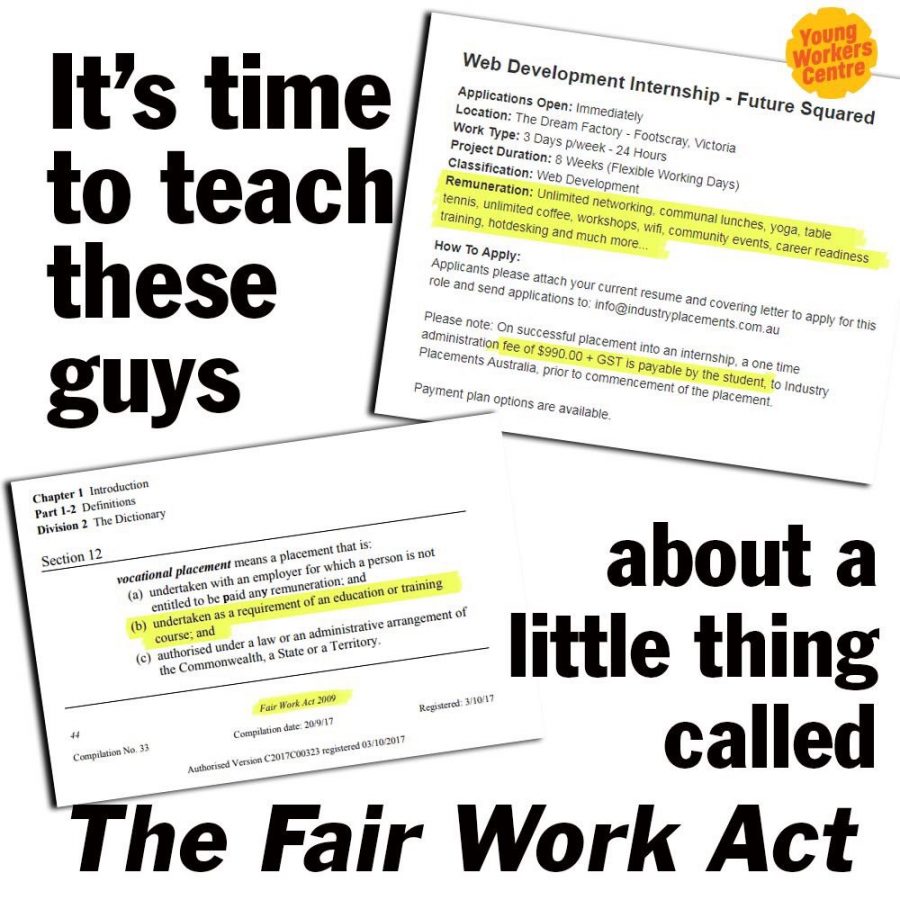 Many took to social media to complain about the internships.

Interns work out of renovated warehouse

Recruitment firm Industry Placements Australia pockets the $990 fee plus GST, and places interns at their renovated warehouse workspace, which is nowhere near the CBD offices of Future Squared.

Future Squared director Zakk Goodsell had told Fairfax Media the internships were a “recruitment process” for the company to “weed out people who might screw up our projects”.

He admitted that from 64 interns, just one had “passed” and was employed by the company.

Ms James took to social media to call for anyone with experience of IPA or Future Squared to contact the Ombudsman’s office.

Late last week, Mr Goodsell told Fairfax Media that the Ombudsman was acting “without any information other than a bunch of people gobbing off on social media.”

He said he would be happy to assist with any investigation.