The first laws in Australia to make wage theft a crime are set to pass Victoria’s upper house this week.

The Wage Theft Bill includes huge penalties and up to 10-years jail for greedy employers.

The Andrews government bill will empower a new crack team of inspectors to police the laws.

Known as the Victorian Wage Inspectorate, the team will have strong powers.

For example, it will have the right to:

Furthermore, the Inspectorate will target employers who falsify wage records to deliberately cover up underpayments. 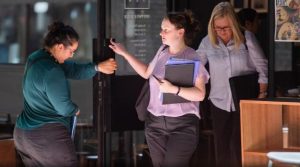 “FAIR WORK OMBUDSMAN ONLY HAS 38 INSPECTORS IN QUEENSLAND”

“Some people will go to prison for this and they should.

“Businesses that are doing the right thing are having to compete against businesses doing the wrong thing.”

Despite Victorian Chamber of Commerce and Industry chief executive Paul Guerra conceding wage theft is unacceptable, he says he does not support the new legislation.

“We need a national approach.

“Unnecessary and confusing state-by-state approaches will damage the business environment and discourage employment.”

“Good on the Victorian government for taking these practical steps to crack down on greedy bosses,” he said.

“Wage theft is systemic and greedy bosses have been stealing from their workers for far too long.

“This is because current laws aren’t working, in addition to the reluctance of the Fair Work Ombudsman to bring prosecutions.

Almost half of Darwin businesses not paying proper wages