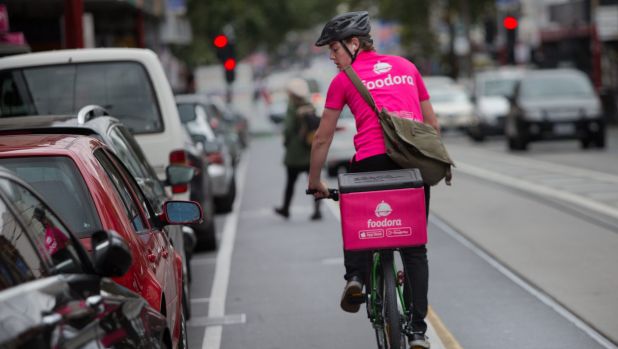 Foodora is doing a runner from Australia owing millions in back-pay while defending claims it treated workers unlawfully.

In a statement, the food delivery company said it will:

“cease operations in response to a shift in focus towards other markets where the company currently sees a higher potential for growth”.

Foodora does a runner from Australia

The Fair Work Ombudsman is taking action against Foodora in the Federal Court alleging sham contracting.

Sham contracting happens when an employer deliberately misclassifies a worker as an “independent contractor”, instead of an “employee”.

As a result, the employer does not have to pay entitlements – for example, the minimum wage, annual leave, sick leave and superannuation.

The current legal action involves Foodora classing two Melbourne riders and one Sydney driver as contractors instead of employees.

Separately, another rider has filed an unfair dismissal claim arguing Foodora sacked him for speaking out about low pay and poor conditions.

“Ever since they arrived in Australia, Foodora, like other food delivery companies, has denied its riders fair rates, superannuation, workers compensation, annual leave, the right to collectively bargain and even forces them to work shifts for no pay at all.”

Writing on the wall for gig economy

“The legal net had been closing in on Foodora, and it realised its days of exploiting delivery riders and drivers were numbered,” he said.

“No Australian should work for below minimum award pay and conditions, whether they are in the gig economy or not.

“Australia is built on the concept of ‘a fair go’ – and ‘a fair day’s pay for a fair day’s work’.

“Companies in the gig economy have been taking advantage of workers for too long.”

Foodora will close in Australia by 20 August, but says it will continue to “manage” the ongoing legal proceedings.

Qantas has admitted to an embarrassing underpayment bungle involving 220 workers. Qantas discovered it had…

‘They’ve been stealing from my retirement’ – workers robbed of superannuation