A forklift operator sacked for using his mobile phone on the job has lost his unfair dismissal claim.

The worker used his phone twice in two hours, in contravention of his company’s workplace safety policies.

The Fair Work Commission found the employer had a valid reason for dismissal.

It also found the dismissal had not been harsh because the man’s supervisors gave him a previous warning about phone use just two hours earlier.

Jason Hansen worked for Pure Harvest for almost ten years, but after the two incidents on the night of the 25 October 2017, the company fired him.

In the first, Hansen stopped his forklift to talk to his supervisor, when his mobile phone dropped out of his pocket and onto the floor of the forklift.

Hansen assured the supervisor he had not been using the phone.

As a result, the supervisor gave him the benefit of the doubt, telling him, “Make sure in future you are not using the phone while on the forklift.”

A second supervisor who saw the incident added:

“Everyone knows this and that Health and Safety takes priority.”

Two hours later, when he felt his phone vibrate in his pocket, Hansen picked it up.

He had been expecting to hear from his wife as one of his children had serious medical issues.

The second supervisor told the Commission he saw Hansen “fiddling with, or otherwise texting, on his mobile phone whilst sitting on a running forklift.”

He immediately approached Hansen and said:

“Jason what are you doing?  On the phone again?

“I can’t believe it was less than two hours ago you were told by [the other supervisor] that under no circumstances should anyone use their mobile phone on a forklift.”

Hansen replied, “the tines are lowered and the handbrake is on.  It’s safe.”

He then assured his supervisor, “I’m putting it away now dude.”

“Use of mobile phones is prohibited whilst performing operational tasks… whether you are on a production line or using any form of machinery or equipment.”

Hansen had previously received a written warning about a separate incident.

Therefore, as a result of the mobile phone incidents, Pure Harvest sacked him with two weeks pay. 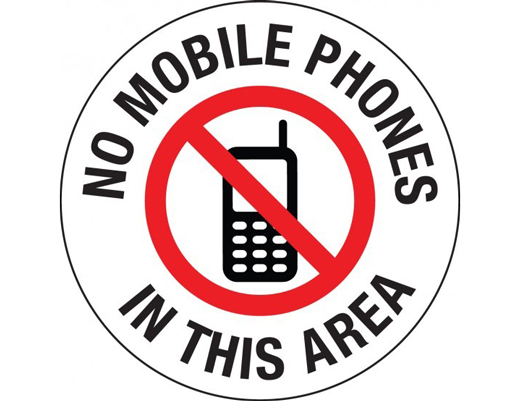 Hansen filed a claim for unfair dismissal, however, deputy president Anne Gooley found the company had a valid reason for the dismissal.

“Had it not been for the warning a mere two hours before, I may have concluded that the dismissal was harsh.

“He made a choice to get his phone out knowing of the warning and knowing he was on a final warning.”

“And the use of mobile phones while operating machinery is a big no-no.

“In this case, to pull out your phone two hours after you have been warned, is a really silly mistake.

“And, unsurprisingly, the Commission found the company had the right to say ‘enough is enough’.” 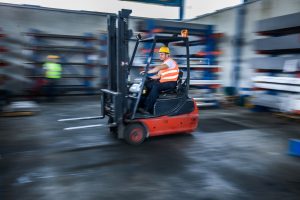 “FORKLIFT BURNOUTS COST WORKER HIS JOB DESPITE NO PROCEDURAL FAIRNESS”

What should you do if you receive a written warning?

Do you know what to do if you receive a written warning? Industrial advocate Miles…