The operator of a Fun Tea store is facing court for allegedly ripping off workers by more than $180,000.

The Fair Work Ombudsman is taking the legal action following a violent assault at the Adelaide store.

A customer slapped an employee across the face when she complained to her boss about wage theft.

A video of the assault has been viewed tens of millions of times.

The regulator alleges the company underpaid 20 staff a total of $186,895, in addition to breaching record-keeping and pay slip laws.

As a result, the company allegedly failed to pay lawful:

Fair Work commenced an investigating after a video of a violent assault at the Gouger Street store went viral.

The video shows customer Lei “Gavin” Guo slapping a worker who was making a complaint about wage theft.

He later told the Adelaide Magistrates Court the young victim had been rude to him and his wife.

He also claimed he mistakenly believed she was complaining to her manager about him.

“The victim did not anticipate it and took no action to defend herself.

“You could have hurt this young woman and a blow to the head carries with it a significant risk of injury.” 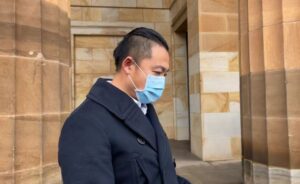 Fair Work is also seeking a court order requiring the company to back-pay the 20 workers in full.

The Federal Circuit and Family Court has a directions hearing listed on 9 November 2021.