The government is refusing to introduce a UK-style wage subsidy to save jobs, despite pleas from business, unions and Labor.

The British government has committed to paying 80 percent of workers’ wages to save its economy and millions of jobs.

UK-style wage subsidy rejected in favour of other stimulus measures

Labor, unions and business groups want the government to introduce a wage subsidy.

But the Australian government has repeatedly rejected the idea.

“No, we will not look at a UK-style system because in an Australian context that just wouldn’t work. 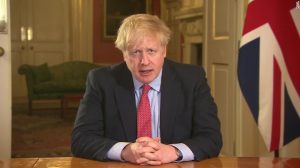 But Labor’s industrial relations spokesperson Tony Burke says many other countries have managed to set up a wage subsidy.

“They’re all setting up wage subsidy schemes so people can keep their jobs instead of joining unemployment queues during this crisis.

Labor has criticised the length of time it is taking unemployment benefits to reach people under the government’s current stimulus package.

The coronavirus supplement worth $550 per fortnight will effectively double the Newstart unemployment allowance.

The new payment is called the JobSeeker payment, however, it won’t reached unemployed workers until 27 April.

Minimum wage increases by 2.5 percent today for most workers

The minimum wage increases by 2.5 percent from today for most workers. Employment law experts…