A hair salon owner has been ordered to pay compensation a former employee after he sacked her over Facebook.

During the heated expletive-ridden online exchange, the owner threatened to break the worker’s bones and make her “suffer”.

Fair Work Commissioner Bernie Riordan queried if the employer had been drunk when he sent the messages.

‘You are either with me or against me’

“I will not take silence any more!  And I do not need to.  I will sever you as I have done to them!  If you push me to it!  As I have said I have had enough!

“You are not in control I am girl.  And remember I just fixed your detrimental situation with the client you destroyed he [sic] hair!  I think you forget my position.”

Tizzoni then sent her this ultimatum:

“U need to make a choice you are either with me or against me.”

“Sorry my phone died n I was fixing Christmas lights. I did say yes but it must [not] have sent.”

She then tried to phone Tizzoni, who didn’t answer.

Morris said she wanted to continue working for Tizzoni, however, did not appreciate him “saying you’ll just get rid of me.”

“I like my job, and I don’t want it to go to s**t just because u can’t control what comes out of your mouth. I’m sorry but that is so rude to say.

“Makes me feel like a worthless piece of s**t. Which I’m not.”

“No you are not, and I have never said that about you!  But you try to have control over me!  Because you think you know better!

“But I KNOW BEST.  I HAVE BEEN AROUND LONGER AND HAVE ACHIEVED MORE! YOU WILL RESPECT ME!” 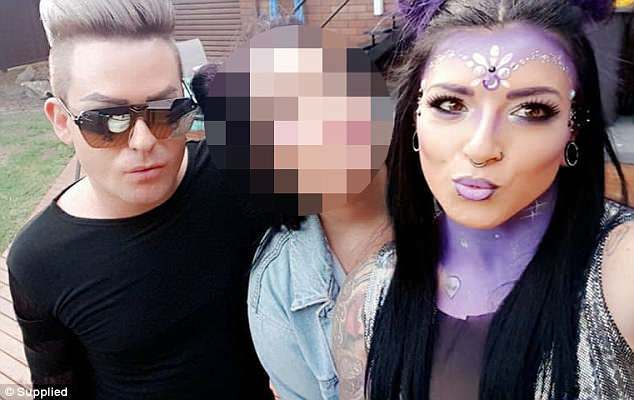 Morris described the conversation as a “f**king joke” and told Tizzoni she wouldn’t be at work the next day because she was stressed.

“Wat eves [sic] your down fall. Good luck in your new job if you can find one. Which you won’t given my presence. I will cut you from my fold. Good luck girl as u will need it. Haha remember Central Coast [sic] no one will [hire] you as you r! Mwah! Keep fighting as you will meet ur end.”

“I quit. I don’t need to put up with your s**t. And don’t need your luck. I can stand on my own two feet thank you very much. I will come get my stuff tomorrow … Good bye Chris.”

Tizzoni then unleashed a series of nearly 40 abusive messages, threatening to make her suffer.

He also threatened to break Morris’ bones and destroy her. 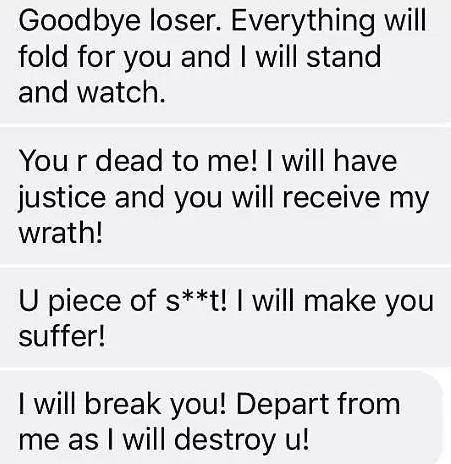 A screen shot of some of the messages sent on Facebook. 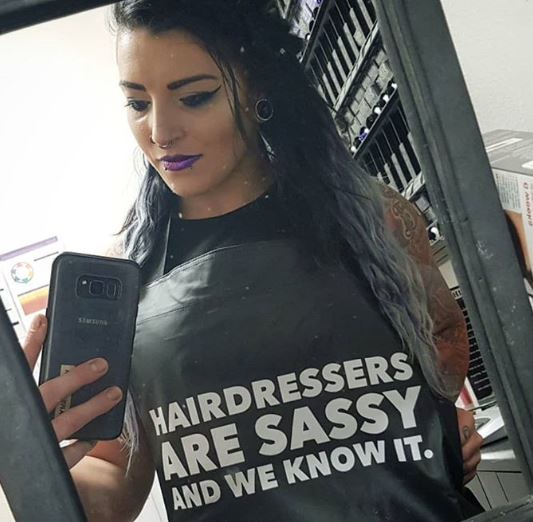 Morris filed a claim for unfair dismissal in the Fair Work Commission.

Commissioner Riordan said he could find “no evidence of any inappropriate behaviour” on behalf of Morris.

Furthermore, he found Tizzoni did not fire her as a result of poor performance.

“The applicant was happy in her job and very keen to manage the new salon at Bombaderry.

“The type of behaviour displayed by the applicant does not fit within the parameters of an employee trying to undermine their employer.”

The Commission ruled Tizzoni did not have a valid reason for dismissal, and that the dismissal was “harsh and unfair”.