He was accompanied by four clients who have experienced wage theft.

He argued for a tougher system of enforcement and also for an easier way for victims to recover their money.

Those who spoke about their wage theft experiences included:

“Had it not been for my dear old dad, I probably would have been living on the streets in my car, and it was just so traumatic.

The stress and the mental anguish you’re going through at the time, it’s just deplorable.”

She told the committee how that subsequently put pressure on her life as a single mum.

“I had to order ‘Deliveroo’ for my daughter from work – it’s a hard thing, because being in a corporate catering environment which it was, the boss says you finish at 2, but then don’t finish until 6 or 7 at night.” 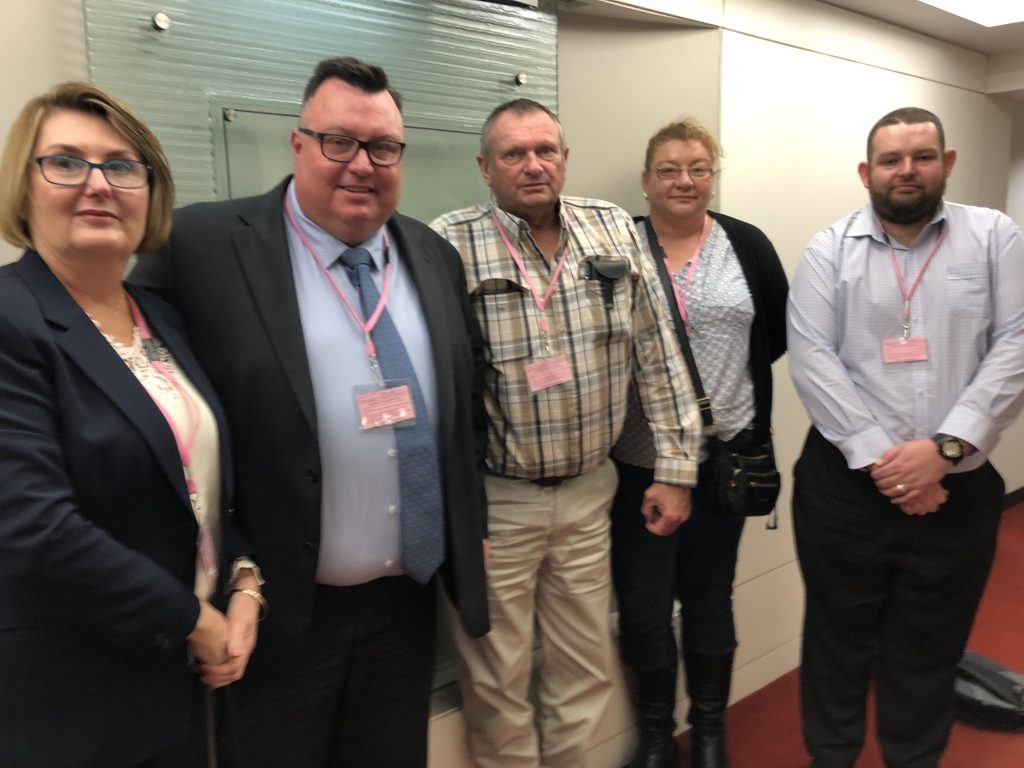 He said it allows employers to steal their worker’s wages without fear of serious sanctions.

“Fair Work’s own report says they had 17000 people they recovered money for, yet their own document says that only 1500 of those were subject to enforcement action,” he said.

“So even when they catch you with your hand in the cookie jar, you have less than 10 percent chance of getting a breach notice.”

Fair Work no help to workers

Ms Clifton had $45,000 in entitlements stolen when her job became redundant.

She told the committee Fair Work refused to help.

“I rang the Ombudsman for assistance, and she said, ‘oh you’re probably going to have to get your own legal advice’, she said, ‘at the end of the day, I can’t force him to pay you’,” Ms Clifton said.

Mr Heffernan called on the Queensland government to take matters into its own hands by rehiring industrial inspectors to provide more “boots on the ground” to enforce workplace laws.

“There is a role for Queensland to play in that space, and the Fair Work Act actually allows it,” he told the committee.

“Once an inspector is involved, we are no longer in the education division, we are in the enforcement division.”

Mr Heffernan also recommended changes to legislation to allow wage theft cases to be heard in the Queensland Industrial Magistrates Court, instead of the Federal Circuit Court.

“If you give the Industrial Magistrate some legs, and have a proper change to the Industrial Tribunal rules, we can do this now,” he told the committee.

Mr Heffernan said the change will mean cases of wage theft recovery could be heard quickly and in a cost effective manner.

The inquiry is continuing its public hearings, and is due to report to the government in November.

Claims by business groups that wage theft is ‘innocent’ are nonsense

Claims by business groups that wage theft is 'innocent' are nonsense, according to industrial advocates.…