A judge has slammed the Fair Work Ombudsman for failing to pursue unpaid wages owed to vulnerable workers.

The case involves the operators of a restaurant in Hobart who fled to Germany after being exposed as wage thieves.

Oya Waechter and her husband Peter Waechter owned and operated the Anatolia Restaurant in North Hobart.

In one case, they failed to pay one worker any wages for three-months of work, while another received $50 cash a week for working two to three days a week.

Firstly, the couple paid one international student, identified as Mr N, between $10.09 and $25.34 an hour from February to November 2015.

For the next three months, they failed to pay him anything at all.

He described his time working at the restaurant as “very distressing mentally”, as he struggled to pay living and education expenses.

Secondly, Mr S, a Pakistan citizen studying a Masters Degree in Applied Science, is owed $2,315 after working for a month as a kitchen hand.

He worked two to three days a week, doing four to six hour shifts, however, received just $50 a week in cash.

He said he felt depressed during his employment, and used savings to pay for groceries, rent and transport. 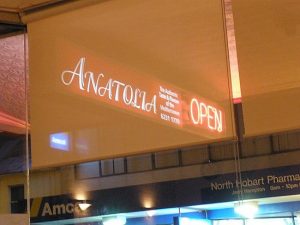 The Fair Work Ombudsman first failed to take action in 2012 after receiving complaints about wage theft at the Turkish-style restaurant.

It took until 2016 for the regulator to commence litigation after receiving even more complaints.

The Federal Circuit Court entered a default judgment against the Waechters in July 2018.

Furthermore, the court ordered them to rectify the underpayments within 28-days.

However, solicitors for the couple told the court in November 2019 they had moved to Germany to seek “specialist medical treatment”.

They have failed to back-pay their workers.

He said they deliberately engaged in “significant exploitation of employees who for the most part, were never paid”.

“It is simply unacceptable to continue to trade using employees’ labour when a business is not able to pay wages.”

Additionally, Judge Riethmuller criticised Fair Work for failing to pursue the couple to recover wages owed to the workers.

“It is disappointing that the applicant has not yet taken steps to attempt to enforce the judgment for outstanding employee entitlements in Germany.”

A Fair Work spokesperson says the regulator is unable to determine whether the underpayments can be recovered. 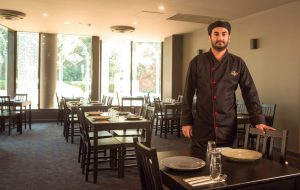 “DARWIN RESTAURANT PENALISED FOR FAILING TO BACK PAY WORKER”

The hospitality sector is rife with wage theft, yet the industry's silence about the problem…