A lawyer has been awarded $15,000 compensation after being unfair dismissed during a heated email exchange with his boss.

The employer had previously sent a threatening email warning all staff that “the lion will soon be catching up with any sick zebras”.

The Fair Work Commission delivered a decision scathing of the conduct of the law firm boss.

It said the employer had been lucky, because the sacked worker could have filed a general protections claim, resulting in penalties, and an even bigger payout.

Go To Court Lawyers founder James Stevens sent an email to staff demanding they submit their time recording at the end of each day.

Stevens expressed his concerns about the lack of income coming into the business:

“Some people are going to get fired unless billings increases.

“There will, from this point forward, be no acceptable excuse for missing time sheets.

“Your 3rd formal warning will also be your termination notice.  That is to say – 3 strikes and you’re out!”

He ended the email with:

“…those of you unwilling or unable to pull your own weight are, to put it simply, wasting your time and ours.

“Rest assured, the Lion will soon be catching up with any sick Zebras at the back of the herd…”

As a result, Stevens sent him an email which read in part:

“It is a breach of your contract not to enter time daily.  What is the problem??????”

The employee had been on sick leave at the time, and did not react well to the tone of the boss’s email.

“There are discussions that we might have on other breaches of contact, I reserve these for the time being.”

“Without a view to being a smart-arse”, the senior associate then went on to give some unsolicited feedback by suggesting a number of improvements he believed the company needed to make.

As a result, Stevens dismissed the senior associate:

“It is quite apparent from your extensive comments that your continued employment with us is untenable.

“You are hereby given two weeks notice.  You are not required to attend for these 2 weeks.” 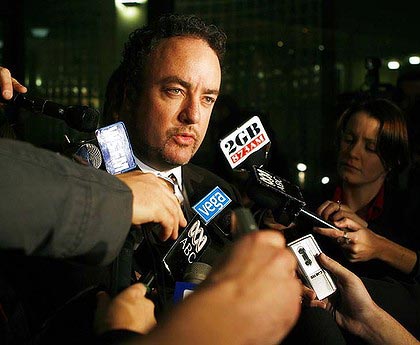 In another email, Stevens continued:

“While you are of course entitled to reserve whatever you like, we cannot maintain the employment of someone who is threatening to sue us.”

This is the sentence that drew the attention of Commissioner Jennifer Hunt.

“…should consider himself lucky that [the senior associate] did not commence a general protections claim against [him] in his own right, as well as against the firm.

“It is my considered view that Mr Stevens breached the general protections provisions of the Act with the above statement alone.”

It is unlawful to dismiss an employee if they raise a complaint about their employment.

Unlike unfair dismissal claims, a general protections claim can result in uncapped penalties for the employer in addition to damages paid to the worker for pain and distress. 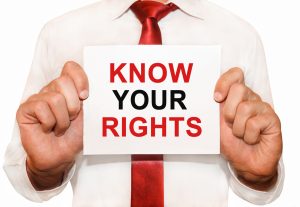 WHAT ARE MY GENERAL PROTECTIONS?

Emails came back to bite boss

In the end, the emails came back to bite Stevens.

Commissioner Hunt relied on the content of the written exchanges as the reason for dismissal and awarding damages.

Although the law firm tried to suggest the reasons for dismissal were performance related, Commissioner Hunt didn’t buy it.

She described Stevens’ “lion and zebra – 3 strikes and you’re out!” email as “abrasive”.

“I find that Mr Stevens, on January 12 2017, informed his staff exactly how it would be from hereon in; a billing employee could expect to receive formal warnings in relation to failure to complete time records.

“If Mr Stevens had declared there would be four or five strikes, the firm would have to live with the effect of that announcement.”

Commissioner Hunt ruled that the senior associate was not given an opportunity to respond to concerns about his conduct or capacity, and that he was not warned over unsatisfactory performance except for time billing.

“[The senior associate] could have reasonably expected to have been counselled and disciplined, and in all likelihood, a written warning could have been issued to him over the issue, including his response.”

As a result, she ordered GTC Lawyers to pay the senior associate $15,068 compensation, plus superannuation.

A Salvation Army store manager has been awarded more than $22,000 compensation after being unfairly…