Movie cinema chains across the country have stood down the majority of their staff following the government-ordered shutdown.

For example, Event, Birch Carroll and Coyle, CU Film House and Greater Union cinemas confirm they are closing from today.

Consequently, he mandated the closure of venues he described as the “principal place of socialisation”, which included:

The escalation follows days of many Australians ignoring social distancing guidelines, with hundreds heading to beaches and packing into pubs and nightclubs. 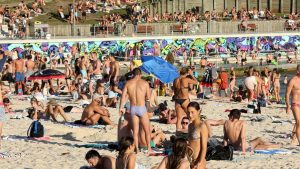 A packed Bondi Beach in Sydney on the weekend.

Cinemas try to preserve as many jobs as possible

Event Cinemas says all of its venues will close temporarily from today:

“In order to preserve as many jobs as possible for the future, Event Cinemas will temporarily stand down the majority of cinema employees from Friday, March 27 until the end of May 2020, and will assess the situation again at the point in time”.

Additionally, Event said employees will be able to draw on leave entitlements during the stand down period, in addition to negative leave balances being offered.

Furthermore, customers with advanced tickets are eligible for refunds.

However, at the time, Hoyts, Events and Dendy continued to operate at reduced capacities to comply with government advice on maximum numbers in indoor venues. 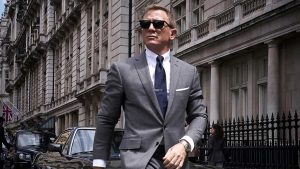 The latest James Bond film ‘No Time To Die’.

Major studios are delaying release dates of blockbuster movies, while others are scheduled for release direct to streaming services.

For instance, the first film delayed is the latest Bond instalment, ‘No Time To Die’, followed by ‘Fast & Furious 9′, ‘A Quiet Place II’, ‘Mulan’, and ‘Black Widow’.

Universal will release ‘Trolls: World Tour’ directly to video-on-demand next month, on the same date it was to be in cinemas.

Netflix bought the Paramount title, ‘The Lovebirds’, for release on its streaming service.

Disney fast-tracked the streaming release of ‘Frozen 2’ by three months to its platform, Disney+.

The next coronavirus crisis – we’re going to run out of beer!

The next coronavirus crisis to hit our nation might be no more beer, according to…