An NAB mobile lender has lost her unfair dismissal claim after being sacked over $24,000 in dodgy loan referrals.

The Fair Work Commission rejected the lender’s argument that she is a “scapegoat” for the Banking Royal Commission.

She also argued the bank discriminated against her on the basis of pregnancy and her Asian heritage.

Commissioner Ian Cambridge described her responses to questions and criticisms as “curious if not bold”.

It enlisted real estate agents, accounting firms and builders and others as “Introducers”.

Under the program, an Introducer would refer their clients to the bank for loans and other financial products.

In return, the Introducer received a commission from the bank.

The program came under heavy scrutiny during the recent Royal Commission.

Longke Tang worked for the NAB for more than two years, first as a Banking Advisor before becoming a Mobile Lender.

The referrals resulted in Song pocketing more than $24,000 from the bank.

A review of individual Introducers in June 2018 found that one of the loans referred by AU Gold had been established with the use of fraudulent documents.

When asked by a senior banker about the loan, Tang couldn’t explain how she met the customer or how the customer had been referred to her by AU Gold.

The senior banker then called the borrower with Tang present.

However, when the senior banker asked the customer if they were happy with the Introducer program, the customer said they didn’t know what that was.

“At this point, [Ms Tang] interrupted the telephone conversation; she identified herself to the customer, and she suggested to the customer that he did remember seeing Ms Meiying Song (a.k.a. Rain Song), from AU Gold.

“The customer then said that he did remember Ms Song but he had forgotten the introducer’s name.”

The NAB continued its investigation and soon discovered that six out of seven customers purportedly introduced by AU Gold had “no knowledge of AU Gold or… Meiying Song”. 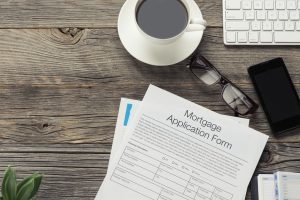 Tang claimed the NAB unfairly dismissed her by using her as a “scapegoat” because of the Royal Commission.

She also claimed discrimination on the basis of pregnancy and race, and argued the NAB had “wilfully ignored her welfare during her pregnancy”.

However, her claims didn’t impress Commissioner Cambridge, who described Tang’s response to questions and criticisms as “curious if not bold”.

He said the NAB had been right to conclude that Tang had “falsely included AU Gold as an Introducer”.

“The applicant also provided curiously evasive answers when she was asked … about details of her relationship with AU Gold.

“The applicant said that her relationship with AU Gold was established through a mutual friend who introduced her to AU Gold.

“However, the applicant was unable to name the mutual friend or provide any other information about how she established her relationship with AU Gold.”

Unfair dismissal claims are helped with strong evidence, according to industrial advocates. Jeremy Walton is…