The Fair Work Ombudsman has once again entered into a cosy deal with a company that ripped off its workers, instead of taking them to court.

The company paid two Sri Lankan workers as independent contractors, instead of part-time employees, which meant it didn’t pay award minimums, including the correct hourly rate, shift penalties, and entitlements under the Cleaning Services Award.

In total, the workers were underpaid $1,604 over a three month period last year as a result of the sham contracting arrangements.

Instead of taking legal action, Fair Work has offered Veracity an Enforceable Undertaking, which means the company avoids court if it agrees to pay back what it owes, and checks that it hasn’t underpaid any other employees.

Recently, Fair Work entered into a similar agreement with foreign currency exchange business UAE Exchange Australia, which had stolen more than $1 million from its workers over seven years.

The agreement meant that UAE Exchange escaped legal action if it promised to pay back the money by September.

“It seems the Fair Work Ombudsman now runs a foot massage department – because that’s all it seems to now do with rogue employers,” he said.

“Instead of taking legal action against businesses who steal wages from their workers, like Veracity Property Services which has engaged in illegal sham contracting – the workplace watchdog wants to sit around and sing ‘Kumbaya’ – no wonder wage theft is rampant in this country.” 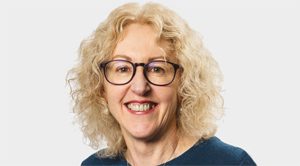 Fair Work Ombudsman Sandra Parker defended the agreement, saying it requires the company to engage an external auditor to check if other workers have been misclassified.

In addition, all employees of Veracity with responsibility for human resources, recruitment or payroll functions must undertake FWO online training.

“The Enforceable Undertaking will require Veracity to substantially improve its compliance with workplace laws in order to protect current and future workers,” Ms Parker said.

Almost half of Darwin businesses not paying proper wages

Almost half of Darwin businesses are not paying proper wages, according to a recent audit.…