The High Court instead found the physicist had engaged in misconduct by breaching confidentiality clauses in his Code of Conduct.

It ruled JCU was therefore justified in terminating his employment.

However, in a twist, the court also found disciplinary action taken by JCU against Ridd should never have happened.

The story began in 2015 when Ridd sent a lengthy email to a News Limited journalist.

The email challenged the science surrounding the impact of climate change on the Great Barrier Reef.

It criticised his colleagues at JCU, in addition to the work of the Great Barrier Reef Marine Park Authority.

The university subsequently found Ridd engaged in misconduct by breaching the JCU’s Code of Conduct. Specifically, the failure to treat those who hold different views with respect and courtesy.

It censured him and directed him not to do it again. 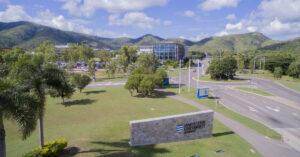 The second censure and dismissal

However, Ridd believed the university’s Enterprise Agreement protected his intellectual freedom, including criticising his colleagues.

He continued to trash JCU and the Centre of Excellence at Coral Reef Studies, including during an appearance on Sky News.

As a result of these public comments, JCU once again censured Ridd.

It argued his intellectual freedom did not justify the “criticism of key stakeholders of the University” in a manner which was not “in the collegial and academic spirit of the search for knowledge, understanding and truth” or “respectful and courteous”.

In November 2017, JCU’s Senior Deputy Vice‑Chancellor directed Ridd not to discuss or to disclose any matters relating to the disciplinary process to any person, including the media or in any public forum.

However, Ridd failed to keep his mouth shut. Instead, he once again publicly criticised JCU for taking action against him. He even launched a public fundraising campaign to pay for legal fees.

As a result, JCU terminated his employment on 2 May 2018 for 18 instances of serious misconduct under the university’s Enterprise Agreement.

The High Court confirmed the dismissal had nothing to do with his intellectual freedom.

“The Deputy Vice‑Chancellor concluded that Dr Ridd’s “behaviour in regards to each allegation, individually and collectively, is serious and destructive of the necessary trust and confidence for the continuation of the employment relationship” and that “[i]ndividually, and collectively, the allegations demonstrate a pattern of deliberate Serious Misconduct”.

“None of these findings was in respect of expressions of opinions or ideas within Dr Ridd’s academic expertise.” 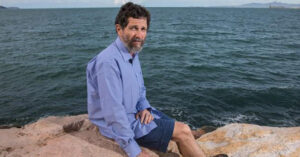 It ruled in his favour, awarding him $1.94 million compensation. Judge Salvatore Vasta found that 13 of the 18 actions taken by JCU were contrary to the Enterprise Agreement.

However, on appeal, the Full Court overturned that decision, concluding that none of JCU’s actions was contrary to the Enterprise Agreement.

‘Disappointed for the fate of academic freedom’

Adrinne Stone is an academic who specialises in academic freedom.

She told the ABC’s Law Report that she felt troubled by the court’s decision.

“It seemed that a university had been permitted to dismiss an academic, fundamentally because of  a disagreement about science. And that you would not expect to see that in a university system which is seriously committed to academic freedom,” she said.

Ridd then took his case to the High Court.

He argued JCU’s Enterprise Agreement allowed him to publicly comment and criticise the institution and his colleagues.

However the court dismissed his argument.

“At all stages of these proceedings, Dr Ridd’s submission was that all of his actions were exercises of the intellectual freedom provided by cl 14 of the Enterprise Agreement and hence they could not be a serious breach of the Code of Conduct, nor could they have been subject to a valid contrary direction by JCU.

While the court upheld the university’s decision to terminate Ridd, Ms Stone noted it also found the initial action taken against him for speaking to the News Corp journalist should never have been taken.

“So the requirement in the Code of Conduct that you treat people with respect and courtesy, couldn’t be applied to academic debate, because of the special nature of academic debate,” she said. “So, on that core finding, in fact the High Court’s decision is a really very significant defence of core principles of academic freedom.

“From Professor Ridd’s perspective, the outcome is really very disappointing, quite disastrous really.

“Although the High Court found that this action should never have been taken in the first place, in the end it also accepted that Professor Ridd’s conduct in disregarding the confidentiality obligations, justified his termination.”

THE HIGH COURT’S REASONS FOR JUDGMENT