A Queensland prison officer has been sacked just days before Christmas because he didn’t finish a mandatory first-year certificate.

According to The Courier-Mail, union officials are furious at the dismissal, and plan to challenge it in the new year.

Shelton Williams worked at Borallon jail and had until January 7 to complete his Certificate III training.

Completion of the Certificate in the first 12 months on the job is compulsory.

Last week, Corrective Services called Mr Williams in to work and fired him.

According to the The Courier-Mail report, his dismissal letter states that his “performance and work participation is unsatisfactory,”

“… satisfactory progress toward the successful completion of your Certificate III in Correctional Practice (Custodial) in the approximately 11-and-a-half months since commencing employment”.

The union claims Mr Williams will finish the training if he was given assistance because a lot of the work is completed.

Michael Thomas from the Together Union described the process as appalling to The Courier-Mail:

“Sacking someone with a young family seven days before Christmas without even giving them an opportunity to respond shows exactly why trust in management at Queensland corrections is at public sector lows.

“And seven days before Christmas they summarily terminate him.

“If they want to understand why staff morale is so low, maybe they should buy themselves a mirror for Christmas.”

Mr Thomas said the union will be challenging the termination decision next year. 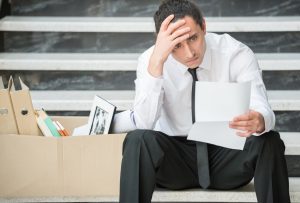 Industrial advocate Miles Heffernan from IR Claims said sacking anyone at Christmas is a rough thing to do.

“No one likes to lose their job, especially at Christmas time, and especially if you have a young family,” he said.

“If the union is right, then Corrective Services might have been a bit tough with this employee.

“Sometimes there can be other reasons why an employer might want to sack someone.

“I want to know why it has taken Mr Williams so long to complete the mandatory work required for the qualification.”