A Qantas flight attendant has lost her unfair dismissal claim after being sacked for drinking vodka during a flight.

The Fair Work Commission found the flight attendant worked in a safety critical role and “for good reason was prohibited from consuming alcohol during a flight”. 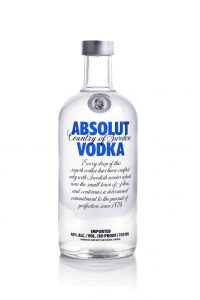 Alison Warr worked for Qantas since 1987.

During the last hour of a flight from Sydney to Johannesburg in July last year, Ms Warr admitted to quickly drinking a quarter of litre of vodka with soda.

She consumed the alcohol while alone in the front galley.

Her suspicious Cabin Manager removed her from her safety duties before the plane landed.

She returned a positive reading when later breath tested at her hotel.

Warr admitted to misleading the subsequent investigation by denying that she had stolen company property.

She told the airline she bought the alcohol at a duty-free store in Sydney before boarding the flight.

She later said she feared her honesty about drinking the employer’s alcohol on board, would result in dismissal.

Deputy president Geoffrey Bull did not accept Warr’s argument that her conduct was not a valid reason for dismissal.

The flight attendant argued her sacking had been disproportionate to her misconduct.

Additionally, she claimed the airline failed to take adequate consideration of her 31-years of good service.

Of all the matters put forward, Mr Bull said he considered the length of her good service “as the most compelling”.

However, he also noted Warr had occupied “a safety sensitive position and for good reason was prohibited from consuming alcohol during a flight”.

He said there is nothing to suggest the dismissal had been unfair and, furthermore, her dishonesty about the source of the vodka is another valid reason for the sacking.

Qantas policies consider the unauthorised removal of property as serious misconduct, and prohibit the consumption of alcohol while on duty.

Mr Bull said there is no doubt the Qantas policies provided its passengers:

“a degree of comfort that should an emergency arise the aircraft crew will not be under the influence of alcohol in responding to an emergency”.

‘No leg to stand on’

“Unfortunately, this worker has breached a number of safety policies, which all provide valid reasons for dismissal,” he said.

“Additionally, she has also stolen from her employer which is serious misconduct, and a criminal offence.”

Mr Heffernan also warns employees to never drink before or during work.