Details of the memo’s creation, and subsequent conflict of interest, were revealed during the case of nurse Margaret Gilbert in the state’s Industrial Relations Commission.

Gilbert is arguing the Metro North Hospital and Health Service violated her human rights when it issued her with a “show cause” Notice for speaking to the media.

Gilbert is a 40 year veteran who works at Brisbane’s Prince Charles Hospital.

Gilbert spoke to the paper in her capacity as a delegate for the Nurses’ Professional Association of Queensland (NPAQ).

The NPAQ is a rival employee association to the powerful Queensland Nurses and Midwives Union (QNMU).

Early this year, Metro North issued Gilbert with a “show cause” Notice for speaking to the newspaper. 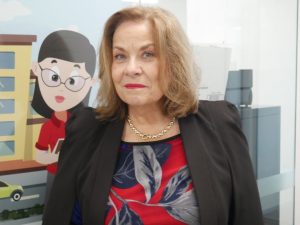 The NPAQ argues Metro North failed to follow its own disciplinary policies when it issued Gilbert with the “show cause” Notice.

As a result, it denied her natural justice.

Furthermore, it argues the employer breached Gilbert’s right to free speech and freedom of association under the state’s Industrial Relations Act and Human Rights Act.

But that’s all management at Metro North did.

They also wrote a memo it subsequently distributed widely to staff which incorrectly stated:

“The NPAQ cannot represent or advocate on behalf of an employee in relation to an employment matter.”

Before releasing the memo, Metro North sent it to the state’s Office of Industrial Relations.

Astoundingly, it also sent a draft to the rival QNMU for editing and final approval.

Miles Heffernan is spokesperson for Worker Law, which is representing Gilbert on behalf of the NPAQ in the IR Commission.

He says he is dumbfounded by the conduct of Metro North.

“Since when does an employer contact a union to edit and approve a memo torpedoing a rival union?” he said.

“This is an enormous conflict of interest, compounded by the fact that the person who sent the memo is currently a member of the QNMU with voting rights.

“The memo is false, and a sham, and we believe it is deliberately designed to mislead nurses and protect the interests of the QNMU.

“And worse, we believe Metro North used the memo to intimidate Ms Gilbert and silence her from speaking as a NPAQ branch official – which she has every right to do.”

Additionally, it argues the legislation also allows Gilbert to act as a delegate for the NPAQ, and to also speak on behalf of its members.

The matter is now being decided by the Industrial Relations Commission.

The landmark case could result in the end of traditional union monopolies.

If so, tens of thousands of public servants will be free to join non-registered associations like the NPAQ.

It’s not the first time Queensland Health and Metro North have failed to follow their own disciplinary policies.

Last week, the court ordered the suspension lifted and Metro North to pay his costs.

In another case, the Supreme Court awarded back-pay and legal costs to emergency department doctor Peter Wirth after Queensland Health denied him natural justice when it sacked him in 2015.

The tribunal found the department had discriminated against Davis on the grounds of his political activity when management denied him a job.

In another appalling case, Metro North launched defamation proceedings demanding $700,000 from the family of a mentally ill patient. 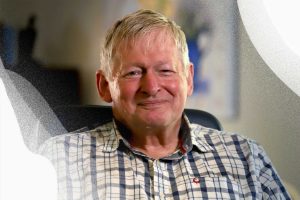 “Through their mismanagement and bully-boy tactics, Metro North and Queensland Health have cost taxpayers tens of millions of dollars,” Mr Heffernan said.

“You would think they have more important things to spend their budget on than lawyers and endless court cases.”

During yet another case, this time involving a dispute with a suspended cardiologist, Justice Applegarth said Metro North should:

“…devote resources to the health care of Queenslanders and reducing waiting lists, rather than litigation.”

He suggested Drummond “devote his time and energy to the challenging task of [his job] … rather than … spending an inordinate amount of time in the company of lawyers”.

The Industrial Relations Commission will hand down its decision in the Margaret Gilbert matter in the new year. 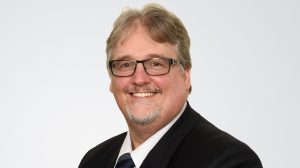