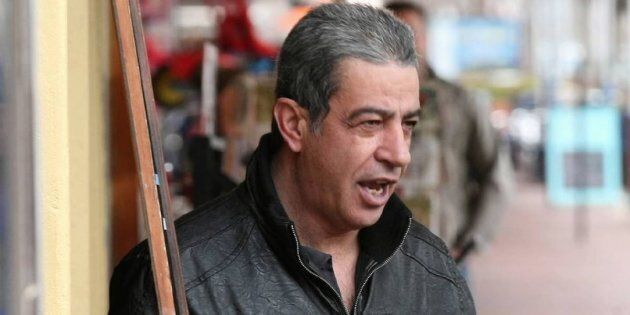 A cafe owner has been hit with a record $533,000 penalty for running an illegal cash back scheme.

In addition, he made death threats to his workers if they didn’t pay up.

The Federal Circuit Court described the treatment of the Indian employees as “grossly exploitative”.

It also described the employer’s wage theft and associated conduct as “highly aggravating and extremely serious”.

The Court penalised him $88,810, and his company Rubee Enterprises, a further $444,100 for operating the illegal cash-back scheme. ‘If anything happens to my business, I will kill you’

He demanded the repayments over a number of months in amounts varying from $450 to $940 a week.

Ghazale coerced the worker to go to an ATM to withdraw cash, and subsequently threatened to “contact Immigration” if he complained.

The worker told the court that Ghazale told him:

Additionally, Ghazale forced a second Indian employee to repay him  a total of $10,680.

He demanded the cash through weekly repayments ranging from $360 to $2,000 one week.

When the worker said he couldn’t afford the payments, Ghazale yelled at him and dragged him by the collar and tried to punch him.

After the incident, the cook continued working at the cafe, making weekly payments of $500 to Ghazale.

In addition to the cash-back scam, Ghazale also failed to pay the legal minimum wage and entitlements to other staff.

Judge Tom Altobelli described the cash-back scam as a “deliberate strategy of deceit to hide the ongoing contraventions of workplace laws”.

He described the treatment of the Indian workers as “grossly exploitative”.

“[Ghazale] exploited his position of power to extract significant sums from each of the employees, and in effect, pay them wages as low as $6 an hour.

“It is also highly, aggravating that [Ghazale] used violence, and threats of violence, to obtain the repayments.

“The Court should send a message to Australian employers that there is a single set of workplace protections in Australia that provide a safety net to all employees, regardless of their visa status.”

Penalties a warning to all employers

Miles Heffernan from IR Claims says the case is a warning to all employers who steal wages from their workers.

“This judgement shows that the Fair Work Act has significant teeth for bosses who exploit their workers,” he said.

“Since the 7-Eleven underpayments rorts became public, a new class of worker has been identified – the vulnerable worker.

“Employers caught exploiting them will cop eye-watering penalties that will nearly guarantee insolvency for any business that they run.”

In addition to the penalties, the court ordered Ghazale to back-pay the five employees in full.

A defiant café owner has been penalised $54,000 for ignoring a Fair Work order to…