A restaurant linked to celebrity chef Heston Blumenthal cheated workers out of $4.5 million, according to a leaked report.

The creditors’ report, compiled by liquidators BRI Ferrier, details debts of $8 million, most of which is unpaid wages and entitlements.

Dinner by Heston, which operates out of Melbourne’s Crown Resort, charges up to $295 per head for meals.

The United Workers Union (UWU) is calling for Crown to stump up and pay all unpaid wages and entitlements owed to workers.

Dinner by Heston failed to pay its employees more than $4 million in wages and another $435,000 in entitlements.

For example, the leaked report says:

“We have been informed that the blueprint for the retainer of the majority of staff was initially established by a Crown employee.

“The blueprint was applied over several years and resulted in the underpayment of employee wages.

“The company self-reported the under-payments to the Fair Work Ombudsman.” 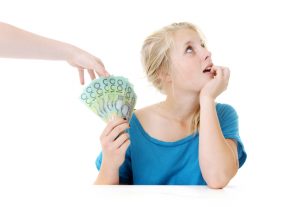 Union calls for Crown to back pay workers

However, the UWU has slammed the restaurant and Crown for the wage theft, in addition to demanding it take responsibility and fix it.

“and offer employment to these members as well as sponsoring those who are on temporary visas.”

Crown denies responsibility for the underpayments

Blumenthal does not own the restaurant, even though it uses his name.

Even so, Crown paid an annual licensing fee of $1.93 million to owners Tipsy Cake for the right to house the eatery.

However, a Crown spokeswoman described Dinner by Heston as “a tenant”, and therefore, is responsible for its own staff and subsequent liquidation:

“In these circumstances, including ongoing substantial unpaid expenses to Crown, Crown has taken steps to bring the tenancy to an end.

“While this is disappointing, Crown is working to provide assistance to… employees looking for employment within Crown.”

Further, she added, employee matters will need to be dealt with by the liquidator.

“Crown made a fortune using the celebrity of Heston Blumenthal as a drawcard to lure big-spending customers, who stayed in Crown’s hotels and gambled at its casino,” he said.

“Crown is shifting responsibility for the wage theft onto the owner of the restaurant and the liquidator.”

“ANOTHER CELEBRITY CHEF CAUGHT IN A WAGE THEFT SCANDAL”