A Rockhampton nurse with COVID-19 was unfairly vilified by Queensland Health, according to her union.

An investigation into the conduct of the nurse who worked at an aged care home while infected with COVID-19 has cleared her of any wrongdoing.

Instead, the investigation found mismanagement and mis-communication by the department was responsible for the health scare at the facility.

As a result, the Nurses Professional Association of Queensland (NPAQ) is calling on the Health Minister to apologise to the nurse.

Queensland Health Director-General Doctor John Wakefield ordered an investigation into the conduct of the nurse in late May.

Earlier that month, after self-isolating for 14 days following an overseas trip, the nurse worked for four days at the North Rockhampton Nursing Centre (NRNC).

At the time, she had a sore throat and swollen glands.

She took two days off and had a COVID test after seeing her GP.

She then called the Central Queensland Hospital and Health Service (CQHHS) Roster Centre to ask if she should return to work.

However, staff at the Roster Centre failed to give her an answer.

So, she returned to work at the aged care facility for another two days while she waited for the test results.

Health workers took her temperature at the start of her shifts, but failed to ask her why she had taken two days off work. 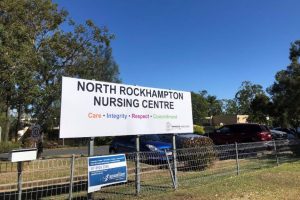 When the nurse received a positive result for COVID-19, the CQHHS ordered her to self-isolate.

The following day, it suspended the nurse as it moved a number of residents from the aged care home to other facilities.

But that’s not all.

The CQHHS then issued the nurse with a Show-Cause Notice as to why she should not face disciplinary action, including dismissal.

Queensland Health also referred the nurse to the state’s Crime and Corruption Commission.

Industrial advocate Miles Heffernan from IR Claims, which is representing the nurse on behalf of the NPAQ, described the department’s actions as “outrageous”.

“Queensland Health has a long history of inappropriately issuing Show Cause Notices to intimidate and threaten staff,” he said.

“The department’s own policies dictate that a Show Cause Notice is to be issued only after an investigation is complete.

“Instead, Queensland Health fires them off before gathering the facts involved in a case.

“It’s a gross abuse of process that inevitably results in a denial of natural justice for employees.”

Additionally, the Premier, the Health Minister and the state’s Chief Health Officer publicly criticised the nurse, accusing her of not being honest with contract tracers.

As a result, she was vilified on social media, and even received death threats.

Queensland Health released the report into its investigation yesterday, during the Queen’s Birthday long weekend.

It cleared the nurse of any wrongdoing, saying she did not breach any aged public health directions.

Instead, the report criticised the department for mismanagement and mis-communication.

The report noted that neither the nurse’s GP, pathologist, or the CQHHS, recommended she self-isolate while waiting for the test results.

Furthermore, it said health workers failed to ask the nurse important questions when taking her temperature at the start of her shifts.

Finally, the report found the treatment of the nurse by her superiors could have been “more respectful and caring”.

Doctor Wakefield said had there been a more “collaborative and caring culture” at the facility, the incident may never have happened.

“We have taken every opportunity to apply what we have learned, including from this event, for the benefit of Queenslanders.

“This includes changes to staffing and pandemic leave, pre-shift screening, training, infection control procedures, and, of course, swift and effective action in the event of a case.”

“Mr Miles and his government were quick to publicly criticise our member before knowing all the facts,” he said.

“This was a political hit job which unfairly vilified a hard-working nurse who was trying to do the right thing.

“The minister should man up and apologise for the appalling way that he, and his department, treated her.”

Nurse applying for injunction against Queensland Health to stop sacking