The South Australian government has introduced new laws to remove exemptions that allow religious organisations to discriminate against LGBTIQ people.

The move has upset the Australian Christian Lobby, who call it an attack on religious freedom, The Advertiser reports.

Under the proposed Equal Opportunity (religious groups) Amendment Bill, it will be illegal for religious organisations to discriminate on the basis of sexual orientation and gender identity when providing:

Currently, religious bodies are exempt from anti-discrimination laws, and, as a result, are legally permitted to discriminate against people based on their sexuality or gender identity.

For example, they can:

As a result of the proposed Bill, religious bodies will effectively lose these general exemptions to discrimination laws. 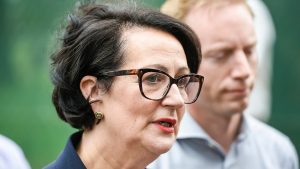 “The current law allows some bodies established for religious purposes to discriminate on the basis of sex, gender identity, sexual orientation or intersex status.

“This is so that they can operate within the doctrines of the religion generally or to avoid offending members of their religion.

“While these freedoms are important, they need to be balanced against the rights of individuals to fairness and equality, regardless of sexual orientation or gender identity.”

However, the Australian Christian Lobby claimed victimisation, saying the government is stripping away religious freedoms.

“The Bill will stop faith-based schools providing education in line with their scriptural teachings on gender and also sexuality.”

No place for discrimination

“For too long now, religious bodies have got away with not having to comply with the laws of the land,” he said.

“It’s therefore time for that to end.

“The Christian lobby always cries persecution, however, for some reason, they believe their right to discriminate should trump everyone else’s right to not be discriminated against.”

Don’t rely on a sick note from your pharmacist, experts warn

Don't rely on a sick note from your pharmacist, experts warn. Pharmacies advertise Absence From…