A worker sacked by his father from the family business because he was late to dinner has won his unfair dismissal claim.

The Commission found “no evidence” the son’s performance at work was unsatisfactory.

Late for dinner ends with sacking

The business is run by his father Edigio.

On Sunday evening of the 10th of March 2019, Pasquale arrived late for dinner at his parents’ house.

As a result, his parents became angry and an argument ensued.

Consequently, they told Pasquale to leave and never come back, either to his parents’ house or to the family business.

They dismissed him from his employment immediately. 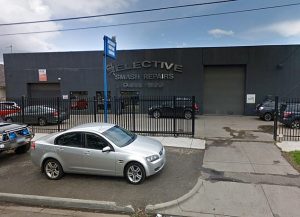 No evidence of unsatisfactory performance

Commissioner Sarah McKinnon said there is “no evidence” Pasquale’s performance at work was unsatisfactory.

She found his family unfairly dismissed him and ordered his father’s business to pay him $10,115 compensation.

“His relationship with his parents had been under strain for approximately one month, but there is insufficient context before me to explain why arriving late for dinner would have been a valid reason for dismissal.

“I am not satisfied that Pasquale’s conduct in arriving late to dinner on 10 March 2019 can fairly be characterised as work-related conduct.”

Ms McKinnon said Pasquale should receive compensation, rather than be reinstated to his job, because there has been “a genuine loss of trust and confidence between the parties”.

He has since found another job.

“It is, to my mind, extremely sad that what was once a loving family has allowed relationships to deteriorate to the extent that they have,” Ms McKinnon said.

A South Australian bistro worker sacked while on sick leave has been awarded $2,500 compensation.…