A Brisbane salesman has negotiated $5,500 compensation after being sacked while on compassionate leave.

The salesman had taken the leave as a result of the sudden death of his teenage daughter.

Salesman sacked while on leave

*Rick’s 18 year-old daughter suffered an unexpected allergic reaction and died during a trip to Europe.

Rick took time off work from the Brisbane company where he worked as an electronics technician and salesman.

He needed to travel overseas to make arrangements to bring his daughter’s body home.

He took two days compassionate leave, and the rest of the time he took as annual leave and authorised sick leave because of his mental state.

Boss claimed he was ‘allowed’ to sack worker

After initially saying, “I understand”, Rick’s boss subsequently told him he wanted to replace him with someone “more reliable”.

The boss then fired him, claiming that small business unfair dismissal laws allowed him to do it.

Small businesses do have wider scope to sack staff, particularly if the worker has been employed for less than 12-months.

However, they are still required to abide by workplace laws such as the general protections provisions for dismissal.

Workers have a right to take leave

Full-time and part-time and some casual workers have a legal right to take annual leave, sick leave and compassionate leave.

As a result of IR Claims filing the claim in the ADCQ, Rick’s employer agreed to pay him $5,500 compensation.

The relatively low amount is because Rick had only been employed for seven months. 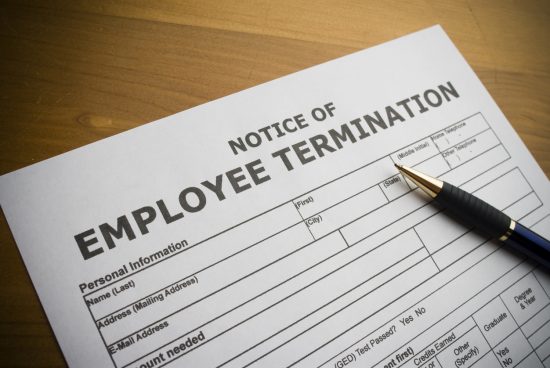 Christiaan van Oeveren from IR Claims says in this case, the employer incorrectly believed he had the right to sack Rick.

“There are still fundamental work rights that employers can’t get around, regardless of whether they’re a small business or not,” he said.

“The reasonable person would say, this is not right.

“The employee tried to meet the employer halfway by taking some of his time off as annual leave, but in the end it didn’t matter.

“It was callous, cruel, insensitive and short sighted, because in the time it would have taken the business to train somebody else up, this employee would have been back at work earning the company money.”