A senior academic sacked for being too loud when teaching university students has won her unfair dismissal claim.

She claimed her bosses at the University of Exeter in the UK could not tolerate her “naturally loud” voice and passionate teaching style.

The woman, of Jewish heritage, also argued the university discriminated against her.

However, the employment tribunal rejected these claims.

Senior academic sacked for being too loud

Dr Annette Plaut worked as a physicist at the university for 30 years.

The tribunal heard that staff and students either loved her or hated her, with many describing her as “overbearing”.

The university claimed it sacked Plaut over the way she dealt with two PhD students.

However, Plaut accused her bosses of race and sex discrimination.

The tribunal summed up her argument in its judgement:

“The race discrimination claim is based on her eastern European Jewish heritage, which she says gives her inherent characteristics (in the way she interacts with people) which she says were the reasons for the way she dealt with her students.

“She says that as a woman she was discriminated against as physics has long been male-dominated, and she says that a man would not have been treated so.

“The university says that Dr Plaut’s behaviour warranted dismissal, and that race and sex had nothing to do with it.”

First woman in the department

Plaut told the unfair dismissal hearing that she was the first woman in the department, and claimed she had long struggled against unconscious bias.

She said her heritage meant that she was naturally loud, her body language was demonstrative and her conversational style was naturally argumentative.

Plaut claimed that she became loud when she became excited or engaged in a topic, and as she was passionate about physics that often happened. She told her students that was how she was, and they should not take offence.

The university said it had addressed the gender imbalance since Plaut started working. It also noted the diversity in its current academic staff, many of whom had Mediterranean backgrounds.

It therefore showed that Plaut’s assertion that it had treated her unfairly because of “similar interpersonal characteristics” was untrue.

Furthermore, it argued that Plaut is perceived to shout at students and colleagues and that had nothing to do with her gender or Jewishness.

Good things given no weight

In the end, the tribunal found in favour of the academic, ruling her dismissal unfair.

“Senior management had decided that Dr Plaut would not be tolerated further. The good things she had done over the years were given no weight.”

“We believe there are inaccuracies in this judgment and will be appealing the decision to the employment appeals tribunal.” 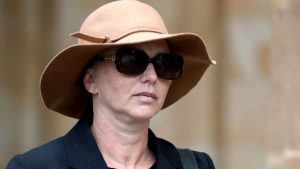 “Former bureaucrat jailed for lying on her CV”