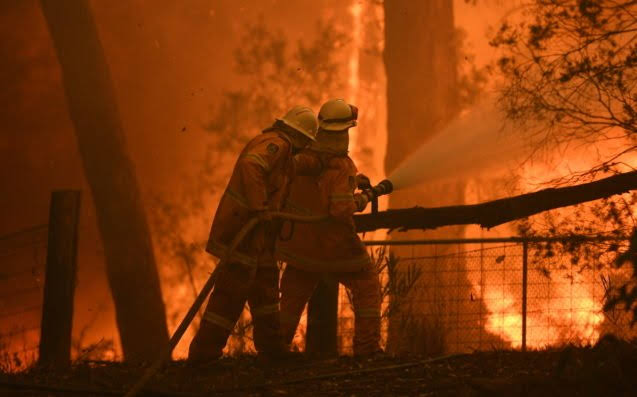 Volunteers who are fighting the current national bushfire crisis around Australia should be compensated for their time, according to leading industrial advocate Miles Heffernan.

His comments come after the Prime Minister announced that some volunteers would be eligible for payments to compensate them for lost income during the time they are away from their regular employment.

Earlier this week, Scott Morrison announced that some volunteer firefighters in New South Wales would be eligible to be paid $300 a day for a maximum of $6,000.

Only volunteers who are self-employed, or work for small and medium size businesses, will be eligible for the compensation, leaving firefighters who work for big companies like Coles or Qantas with nothing.

Since the announcement, similar compensation arrangements have been made for volunteers in Victoria and South Australia.

Leading industrial advocate Miles Heffernan from Industrial Relations Claims said in normal circumstances, volunteers should not be paid, but these are exceptional circumstances.

“The reality is that this is a very extreme situation – and this isn’t people doing minor work – these are people holding a hose fighting a wall of fire – some have been doing it day after day for weeks on end – so on this particular rare occasion, as a one off, they deserve to get some small compensation while their lives are on hold,” he said.

Mr Heffernan scoffed at suggestions made by conservative commentators like News Corp’s Peta Credlin that paying the volunteers would ‘open the floodgates’ and lead to all volunteers lining up wanting to be paid.

To contact our team at Industrial Relations Claims, please call

Australians are working an average of six hours of unpaid overtime every week, according to…