A single mother who was regularly late for work at a poultry factory because of family responsibilities has won her unfair dismissal case.

But employment law experts say she made the wrong claim – instead of unfair dismissal, the employee should have filed a general protections claim involving dismissal – which would have entitled her to a much a bigger payout.

Amer Deng worked at the Inghams Enterprises factory in Adelaide, but was always arriving to work 4 minutes late because she had to drop her child off at before-school care.

She claimed that she had made arrangements with a manager to start work late for a period of five months, until she could organise alternative childcare, although Inghams denied this.

The Fair Work Commission heard that Ms Deng always made up the time by working back at the end of her shift.

Despite this, the company gave her a written warning about her tardiness, and five months later she was summarily dismissed.

“Ms Deng’s behaviour did not strike at the basis of the continuing employment relationship and did not provide Inghams with grounds on which to summarily dismiss her,” he said.

Senior deputy president O’Callaghan added that Inghams had not established a “satisfactory pattern of lateness, with consequent adverse effects so as to represent a valid reason for her dismissal.” 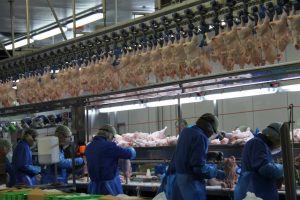 Worker should have made a different claim

Miles Heffernan, Director of Litigation at Industrial Relations Claims, said Ms Deng should have made a different claim – instead of unfair dismissal.

“If we were representing Ms Deng, we would have lodged a claim for a contravention of a general protections provision involving dismissal, because an employer cannot discriminate against an employee on the grounds of their family responsibilities, or for being a single mother,” he said.

“The difference at the end of the process can be huge, because while you may get a couple of grand and your job back with an unfair dismissal claim, if you can successfully prove you were unlawfully dismissed with a general protections claim, the penalties and compensation are uncapped.

“Clearly in this case, the company’s response was way over the top, and not at all fair to a single mum who was obviously trying to do her best.”

Company ordered to give worker her job back

Senior deputy president O’Callaghan decided the employment relationship hadn’t broken down and ordered Inghams to give Ms Deng her job back, and pay her the five months wages in compensation.

“Employers should be able to exercise a little bit of flexibility, and are obliged to make reasonable adjustments to accommodate parents with children, especially single parents,” Mr Heffernan said.

BHP worker who showed off cleavage wins unfair dismissal and $6,550