A teen worker underpaid $8,000 has been awarded almost quarter of a million dollars compensation.

The ruling is unusual because courts normally direct penalties to the state, and not to victims of wage theft.

Experts have praised the decision, and further, believe it will encourage more workers to make claims for underpayments.

Judge Heather Riley says the high penalties are necessary to deter employees who rip off their workers.

Teen worker underpaid one third of his wages

Mark Hastings is sole director of the company, which supplies and installs artificial grass.

Boyson did not receive proper wages in 10 out of 18 pay cycles over eight months, in addition to public holiday rates.

Furthermore, Hastings failed to pay untaken annual leave when the worker resigned and nor did he pay any superannuation.

Boyson’s lawyer Andrew White acknowledged the dollar amounts are “not large”, even so, describing it as “flagrant and deliberate wage theft”.

The worker’s age aggravated the breaches in addition to the failure to provide pay slips “thwart[ed] the vindication of his rights”:

“Boyson was a young worker, relatively naive in matters of workplace rights and objectively more vulnerable to exploitation by an unscrupulous employer.

“There was an element of opportunism to the employer’s conduct.”

The worker told the court he and his father repeatedly raised underpayment concerns with Hastings.

Furthermore, they threatened to take the matter to the Fair Work Ombudsman.

However, Hastings refused to pay full wages, despite acknowledging the proper amount hadn’t been paid.

In addition, a manager directed him to drive a forklift, despite his protests that he didn’t have a licence. 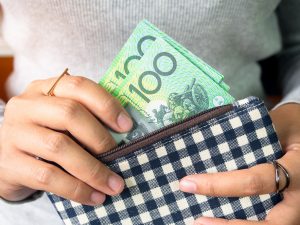 Further, Judge Heather Riley ordered both pay the fines in addition to the back-pay owed.

Judge Riley said the enormous penalties are needed to deter employers generally, in addition to the business, which failed to appear at the hearing.

“It is important that employers understand that, if caught, it is very expensive to not properly pay employees,” the judge said.

Penalty will encourage other workers to come forward

“Court ordered penalties should be paid directly to the worker, and not to the state as they often are,” he said.

“Most workers don’t take legal action to recover stolen wages because the cost often outweighs the amount they are chasing.

“This ruling is ground breaking, and is what our submission called for at the Queensland wage theft inquiry.

“Awarding penalties to the victims of wage theft will act as a strong deterrent to greedy bosses who rip off their workers.” Employer failed to appear at hearing

Judge Riley held Rhino Grass constructively dismissed the worker as a result of its actions to:

“Save money by underpaying him his entitlements, and by making him, rather than a properly qualified and more expensive person, drive a forklift”.

The judge notes the fines appear higher than other similar cases because there has been no discount for employer admissions.

This is because the business failed to appear at the hearing.

The fines multiplied because the judge found the underpayments are not just the result of one decision, but many incidents.

She ordered Rhino Grass back-pay the worker $8088 in salary, interest and super.

In addition, Judge Riley found it appropriate the company and Hastings pay their fines to the worker because:

“He has gone to the trouble of bringing these proceedings”. 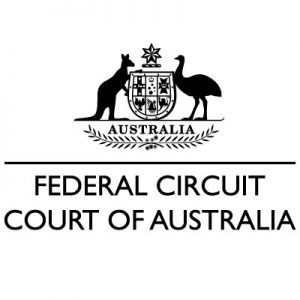 A Victorian plumber, notorious for exploiting young workers, has been penalised $151,200 for underpaying a…

Yet another 7-Eleven operator has been fined after being caught ripping off workers, this time…