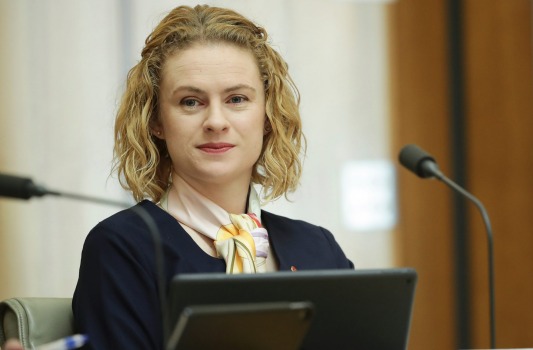 Australia’s newest senator Amanda Stoker has been criticised for ‘not knowing her arse from her elbow’ after calling for a reduction in the minimum wage and the scrapping of unfair dismissal laws.

“If we want employers to give a person on the margins of the employment market a chance, even when to do so might be a leap of faith, we need to support them to do so by removing the disincentive of punitive unfair dismissal laws,” she said.

No evidence to support claims

Miles Heffernan, Director of Litigation at Industrial Relations Claims, said Ms Stoker did not provide any evidence to support her claims.

“Where’s the evidence?” he asked.

“If Ms Stoker is going to make such extraordinary claims, I assume she has some sort of evidence or research to back them up – well, where is it – where is the evidence that scrapping unfair dismissal laws will lead to more jobs?

“The fact is, a small business already has a full 12 months to sack someone without fear of being subject to unfair dismissal action – I mean, how long do they want to assess the suitability of an employee?

“And the average compensation an employee receives if they have been unfairly dismissed is a few weeks pay – how is that punitive?”

Ms Stoker, who worked as a barrister and judge’s associate before joining the Liberal Party, also claimed in her speech that the minimum wage and penalty rates are too high.

“We need to be prepared to make the difficult case to the community that says the imposition of rising minimum wages and penalty rates reduce job opportunities for those most in need,” she said.

“I understand that telling lower paid workers they will take home more today is popular, but we need to be honest enough to say frankly that each time we do, we deny a start to someone who wants a job.”

Mr Heffernan said it was a bit rich for someone who earns $200,000 a year, courtesy of the taxpayer, to tell someone on the minimum wage that they should earn less.

“Ever since Hawke, both Liberal and Labor governments have supported an awards system with a minimum wage and a payment of penalties for additional hours worked – these are not new laws,” he said.

“Once again, I ask Ms Stoker to provide a scrap of evidence that supports her claim that reducing the minimum wage increases jobs – because there is none.

‘Another ideologue who doesn’t know her arse from her elbow’

“She is nothing more than another ideologue who doesn’t know her arse from her elbow.

“The evidence shows that low and middle income earners are the biggest consumers – they shop at the shops, they buy their t-shirts, they buy fuel for their car, they hire the local mechanic, they pay for the local grocer, and they don’t have discretionary money.

“The last person who tried to remove the minimum wage and penalty rates was another ideologue named John Howard, and look how that turned out for him – he lost his job.”

In her speech, Ms Stoker also advocated self-reliance and said that government intervention reduces the institution of marriage.

“The government can’t be the answer to all problems, nor should it be.  If it is the answer, then there is a problem with the question,” she said.

“Once again Ms Stoker offers no tangible evidence for her claims, and it is abundantly clear from her ridiculous statements that she does not understand that not everybody has been lucky enough to have her privilege, her education, or her life opportunities,” Mr Heffernan said.

The new national minimum wage and penalty rate cuts are now in effect. The minimum…

Workers to lose leave entitlements thanks to JobKeeper loophole

Workers could lose their leave entitlements because of a loophole in the JobKeeper rules, according…