A tradie sacked for secretly recording a work meeting has won his unfair dismissal case and $27,000 compensation.

His employer sacked him when he disclosed the recording, accusing him of acting in “bad faith”.

The concrete cutter and driller worked for Canterbury Concrete Cutting in New Zealand from February 2015.

Two and half years into the job, management asked him to attend a disciplinary meeting.

The meeting came about following an allegation that the worker had bad-mouthed the company in front of a staff member.

The worker recorded the meeting, which involved a heated exchange with the owners of the company.

Management subsequently dismissed the concrete cutter when it learned of the recording.

He then filed a claim for unfair dismissal.

The Employment Relations Authority (ERA) heard the man suffered major depression and anxiety for two and a half months as a result of his dismissal.

The Authority found Canterbury Concrete Cutting failed to give the worker enough information about the allegations against him.

As a result, it “caused disadvantage” to him.

The ERA ruled the company unjustifiably dismissed the worker, and therefore ordered it to pay him $27,000 compensation.

However, in a subsequent twist in the case, the ERA then ordered the worker to pay the company $2,000 for making the secret recording.

The ERA considered the recording had been an act of bad faith, but not serious misconduct.

Legislation covering workplace surveillance differs from state to state, but generally, it is unlawful to record a conversation if both parties are not aware it is happening.

In recent years, the Fair Work Commission has taken a very negative view of workers who make secret recordings of their managers or co-workers. 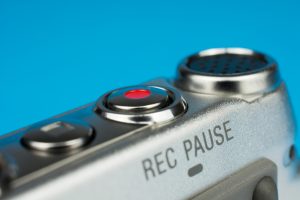 “Secret recordings, in all its forms, is terrible, and if you do it, or if you use it against an employee, you could be breaking the law” he said.

“People should feel comfortable at work to interact with their colleagues without worrying that someone is secretly recording them.

“The moment an employee or employer starts secretly recording, they undermine their own standing, and will face accusations of harming the relationship of trust in the workplace.”

Can you be sacked for sleeping in and arriving late for work?

If you regularly sleep in and arrive late for work, it could cost you your…