Two peach martinis and three gin and tonics have cost a Qantas flight attendant his job.

The crew member consumed the drinks during an overnight stop in New York which ended with a $20,000 hospital bill and his dismissal from the company.

Luke Urso claimed the drinks had been spiked and therefore his dismissal unfair, however, the Fair Work Commission didn’t agree.

Deputy president Lyndall Dean found the airline had a valid reason to sack Urso because he had consumed the drinks voluntarily.

The incident happened during an overnight stay in Manhattan in July last year.

Urso went to the 230 Fifth Rooftop Bar where he said he and a fellow crew member ordered the same five drinks – two peach martinis and three gin and tonics.

However, the drinks had a very different effect on him.

Urso ended up in the venue’s toilets being violently ill, before collapsing.

Staff found him unconscious and called an ambulance to rush him to hospital.

There, he registered a blood alcohol reading of 0.205 per cent – three hours after his last drink.

Experts said the reading suggested he had consumed around 18 standard drinks over three hours.

Early the next morning he was discharged, but still feeling unwell, called in sick saying he couldn’t work on the flight to Los Angeles departing later in the day. 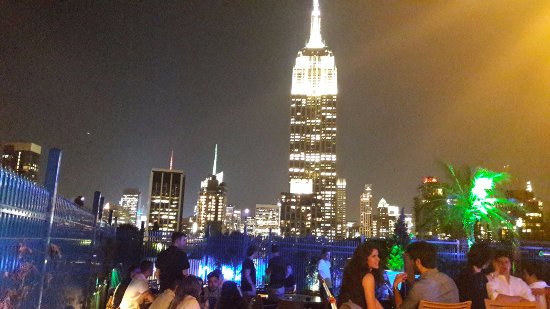 Qantas suspended Urso and commenced an investigation, during which he maintained that he only consumed five drinks on the night. 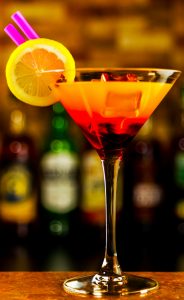 In a letter to his employer he wrote:

“The fact that I became very ill as a result of these drinks does not mean that the quantity was excessive.

“I have never experienced such a negative reaction to the standard amount of alcohol that I consume.

“For this reason, I believe that my drink may have been spiked.”

The trip to the US was the first Urso had done since returning to work after heart surgery.

Despite this, Qantas terminated his employment for breaching a number of company policies relating to conduct and health and safety.

His termination letter stated that Qantas had  “formed the view that you have not been honest throughout this investigation in maintaining that your drink was spiked and you had not consumed more than five drinks.”

“Significant consideration has also been given to the medical information in the Greenwich Hospital report which suggests that your drinks were not spiked, as well as … a comment made by the Doctor at Greenwich Hospital that ‘There was no evidence of drink spiking’.”

Qantas also noted the huge hospital bill of $20,000 “as a result of your substantiated misconduct.”

“He consumed the alcohol voluntarily.  In that context, the failure of Mr Urso to report to work because of his voluntary consumption of alcohol constitutes a valid reason for his dismissal.”

Ms Dean took into consideration Urso’s unblemished record, along with his offer to reimburse Qantas for the hospital fees.

She also noted that flying had been his dream job, however she found in favour of the airline, stating that she is “unable to conclude that his dismissal was unfair”.

Industrial advocate Miles Heffernan says the case is a lesson that conduct outside of work hours can cost employees their job.

“Who would have thought a couple of peach martinis and few gin and tonics could be so lethal?” he said.

“If your job requires you to be ‘ready willing and able’ to perform the following day, then it’s probably a good idea to not go out on the town and drink.

“This is a very unfortunate case because one simple error of judgement has cost this flight attendant his dream job.”

How much compensation will you get after being unfairly dismissed?

Most workers end up with $2,000 to $8,000 compensation after being unfairly dismissed. However, a…