A medical centre practice manager has received $12,000 compensation after claiming her redundancy was really an unfair dismissal.

*Sally worked for the medical centre in Queensland for 20 years, most of that time as practice manager.

However, in late 2017, when new owners took over the centre, they demoted Sally from practice manager to receptionist.

The change cut her weekly salary and her long service leave entitlements.

When Sally returned to work after the Christmas holidays, the new owners told Sally they had made her position redundant.

However, the centre still needed a receptionist and a practice manager.

In fact, other workers had subsequently started performing those roles.

Industrial advocate Miles Heffernan from IR Claims says it is clear neither position had been made redundant.

“Both of those roles are crucial to the successful operation of the business, so by definition, they are not redundant,” he said.

“The business owner had no issue with Sally’s performance.

“In fact, she is extremely skilled and experienced, so it is obvious they just wanted to get rid of her.”

Mr Heffernan says the business failed to consult with Sally about the impact the redundancy would have on her.

Most awards, including the Health Professionals and Support Services Award requires employers to consult with workers when making a position redundant.

“Nothing about this was a genuine redundancy,” Mr Heffernan said.

“They simply didn’t want her working there anymore, and, as a result, we filed a claim for unfair dismissal.” 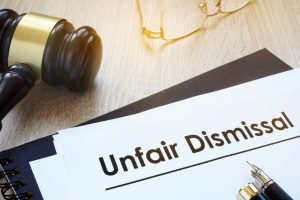 Before the matter reached a full hearing in the Fair Work Commission, the medical centre agreed to pay Sally $12,000 compensation.

Mr Heffernan says businesses cannot use redundancy as an excuse to get rid of a worker.

“There are strict rules when it comes to redundancy, and if businesses don’t follow those rules, they leave themselves open to a claim of unfair dismissal,” he said.

Sally is still looking for another job.

Worker who was sacked for taking alcohol wins job back