An engineer refuses to come to work because he claims to be too busy being an incarnation of the Hindu god Vishnu.

Management has written to the worker warning him that he faces disciplinary action if he doesn’t return to work.

Vishnu refuses to come to work

Rameschandra Fefar started working at the Sarovar dam project on the Narmadar River in Gujarat India in September 2017.

Since then, he has only turned up to his office 16 times.

He provided a written explanation to his boss:

“I am Lord Vishnu’s 10th incarnation as Kalki.

“I am doing penance at home by entering into the fifth dimension to change the global conscience.

Conduct ‘not befitting a government official’

In mythology, Vishnu is worshipped as a preserver and restorer, whose powers are limitless.

It is usually depicted as having four arms and blue skin.

Incredibly, Fefar’s bosses haven’t fired him, instead writing to him this month to warn him he faces disciplinary action if he doesn’t return to work.

“You have remained absent without any authorisation.  This kind of conduct is not befitting a government official,” the notice read.

“Your absence from duty has adversely impacted the working of rehabilitation which is in its final stages as you are not available for providing guidance to the subordinates.”

Employer has every right to sack worker

Miles Heffernan, Director of Litigation at IR Claims, says an Australian employer will have every right to sack someone who refuses to come to work.

“Workers must comply with lawful and reasonable directions from their employer,” he said.

“It is considered serious misconduct if they fail to do so, and therefore, grounds for dismissal.” 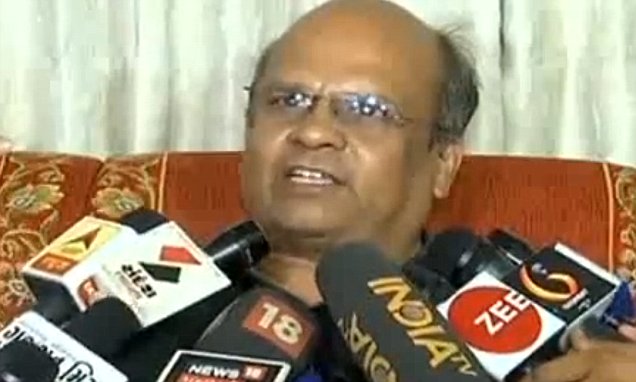 Case has made news across India

News outlets across India are covering the story and have even interviewed Fefer.

“Even if you don’t believe, I am indeed the 10th incarnation of Lord Vishnu and I will prove it in coming days,” he told reporters.

“I realised that I am Kalki avatar when I was in my office in March 2010.  Since then I am having divine powers.

“Just like everybody laughed at me at the time of Mahabharata, you guys are doing the same because you’re unable to see God in me”.