Data from the tracking device found the worker absent from work duties for 34-hours in one fortnight period.

Helen Bryant worked for the Southern Midlands Council in Tasmania for three years as an animal management compliance officer.

In August last year, a neighbour complained about Bryant doing burnouts in their shared driveway.

As a result, Bryant’s supervisor retrieved the data from her car GPS tracking device.

It revealed she’d been using the car extensively for private use during work hours.

For example, picking up her children every day from the bus stop.

She also travelled to and from her partner’s home a total of 90 times over a 12-month period.

Furthermore, she used the car to travel outside the council area without approval. 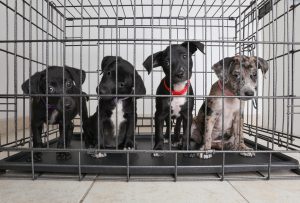 Absent for 34-hours in one fortnight

Additionally, the data showed that Bryant often didn’t leave home until two hours after her contracted start time of 8.30am.

During one 75-hour fortnight period, the data showed Bryant absent from work duties for a total of 34-hours.

The council subsequently sacked Bryant for ‘time fraud’ which it considered serious misconduct.

Bryant filed a claim for unfair dismissal claiming, in part, that she was doing patrol work during the trips to her partner’s home.

However, Commissioner Tim Lee did not accept her argument.

He also rejected Bryant’s claim that she had been working from home on the days she didn’t start at 8.30am.

In the end, Commissioner Lee found Bryant had “wilfully engaged in misconduct over a long period of time” and therefore dismissed her unfair dismissal claim.

“Further, the dishonesty of the Applicant in misrepresenting to the Respondent her activities over a long period of time, is also misconduct.”

For help with unfair dismissal, call our team at Industrial Relations Claims today on

Industrial Relations Claims has negotiated $6,000 for a pest controller who was sacked after being…